Blame the ANC, not just Zuma

Any movement is only as strong as its leaders and in the present-day ANC, leaders are sorely lacking. 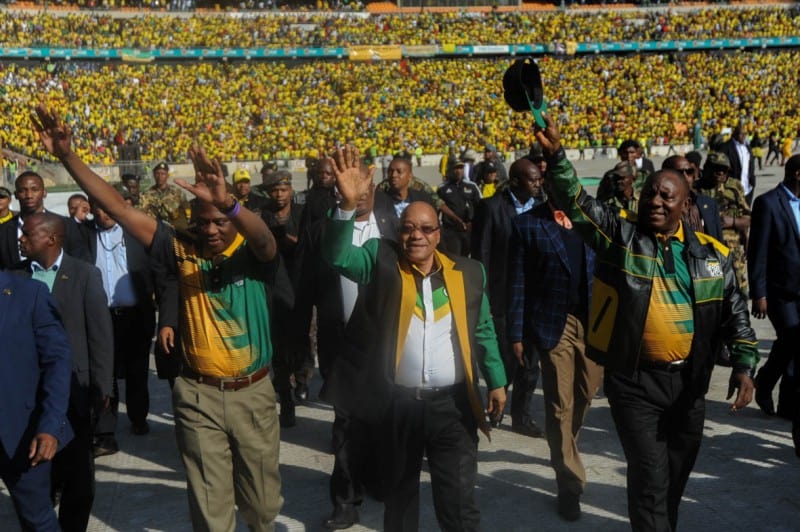 President Jacob Zuma is a spent force, a lame duck president who has lost all political credibility.

He is also a deeply conflicted man who is managing to hold on to the last vestiges of power only through the intricate web of patronage and cronyism that he has so carefully woven.

At this point, it is unlikely that Zuma will see out his full term as pressure is mounting on him every day, with explosive details about state capture and his dealings with the Gupta family emerging through the #GuptaLeaks exposé.

However, we should perhaps keep in mind that it is important not to fixate solely on Zuma, whose sell-by date is rapidly approaching, but to look at the broader picture of being led by the ANC.

Perhaps the time has come to have an honest conversation about the state of the ruling party, whether it can be fixed and whether it is, in fact, still relevant in the South African context.

It is easy to demonise Zuma and blame all that is bad in the country on him. But it would be ridiculous to believe that just one man can be responsible for the magnitude of corruption and decay that has spread through the entire organisation.

It is certainly fair to say that Zuma – as the thief-in-chief – and his minions should shoulder most of the blame for the sorry state that the ruling party is in.

DA leader Mmusi Maimane, speaking last week in parliament during the Presidency’s budget vote debate, put it quite succinctly: “It pains me to say that the ANC of Oliver Tambo doesn’t exist any more, and hasn’t for many years. So, what happened? This happened. This man happened. He killed the ANC.”

Maimane’s comments – referring to Zuma – were right on the mark.

Those within the ANC who are now campaigning against Zuma are just as complicit, if not through direct action then certainly through their protracted silence.

In this, Maimane was also correct, saying: “Make no mistake, it was already wounded before he plunged the knife in – weakened by a culture of patronage and corruption and crippled by cadre deployment.

“But he struck the final blow. He wiped out Oliver Tambo’s legacy to make himself rich … first he killed the ANC and now he is killing our country.”

The man has a point.

The ANC had been hobbling along under the weight of corruption, nondelivery and a lack of accountability before Zuma came to power.

What we are left with is a party that likes to remind us of its noble history, yet is unable to remove the one man it blames for its pitiful state.

Well, if it took one wily man less than a decade to undo the 100 year-plus legacy and to place the party firmly between a rock and hard place, then perhaps we really need to have that talk about whether the ANC is still relevant.

Any movement is only as strong as its leaders and, in the present-day ANC, leaders are sorely lacking.

Czernalow is The Citizen’s news editor