US varsities fail the political test

Free speech has become secondary to political correctness at most American universities. 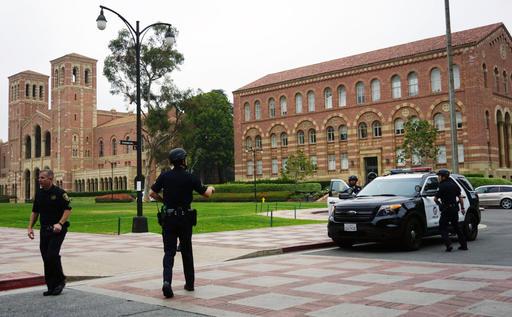 Police work at the scene of a shooting at the University of California, Los Angeles, Wednesday, June 1, 2016, in Los Angeles.(AP Photo/Christine Armario)

Apropos Prof David Benatar’s recent article on Politicsweb, “UCT’s climate turns toxic”, American universities are similarly in trouble. Many have swung so far to the left that they have become intolerant of what they construe to be conservative ideas.

The banning of conservative academics has become commonplace, with many universities wilfully refusing to protect political speakers considered beyond the pale. Ivy League universities are as guilty as lower tier universities in shutting down debate so that First Amendment challenges have become routine.

The idea of “safe spaces” for minority groups who claim to feel excluded are allowed; they too are allowed to exclude others not considered “part of the tribe”. “Black Day” celebrations where non-black academics are asked to stay away in solidarity with the cause of minority groups are not unusual.

Needless to say, delineations along lines of race and ethnicity are not clear, so many universities have had to reverse these “homemade” racist and/or sexist practices, which they unofficially endorsed.

Some universities acknowledge that they have become so one-sided that they are making conscious efforts to include “conservative” faculty members to create a balance that have been lost after years of political correctness.

Free speech has become secondary to political correctness, giving rise to the formation of the Heterodox Academy, consisting of a diverse group of about 900 scholars of social and natural scientists who are deeply concerned about “the loss or lack of viewpoint diversity”. They state on their website that “when nearly everyone in a field shares the same political orientation, certain ideas become orthodoxy, dissent is discouraged, and errors can go unchallenged”.

The academy’s rankings of elite colleges for their lack of tolerance of academic freedom and free speech are shocking. Harvard University ranks 103rd out of 106 universities because it allows the censoring of speakers, blacklists certain private clubs, and refuses to admit students for Facebook remarks considered offensive.

Unsurprisingly the so-called bastion of free speech, Berkley University, ranks 105 out of 106, and Yale 97th. This does not augur well for the future of academia or for the development of science or intellectual thought. That the Heterodox Academy even exists is an indictment.

Universities should be the centres of dialogue and debate. Instead they have used US President Donald Trump as a punching bag for their failure, ironically, to understand the marginalisation of the working classes who voted overwhelmingly for a change of regime.

Students feel politically battered by partisan teachers who indulge in anti-Trump “hatefests”, instead of focusing on their areas of study or pursuing critical analyses of the status quo.

Academics who are truly left-wing should have welcomed a change of government by rejecting politicians who use their positions to enrich themselves through the culture of lobbyism, entitlements, and cronyism.

This is what Trump came to dismantle. But the question is: can he sustain his anti-establishment politics or is Western politics by its very nature establishment – whether conservative or progressive.