We all owe the president a big vote of thanks. No, really. 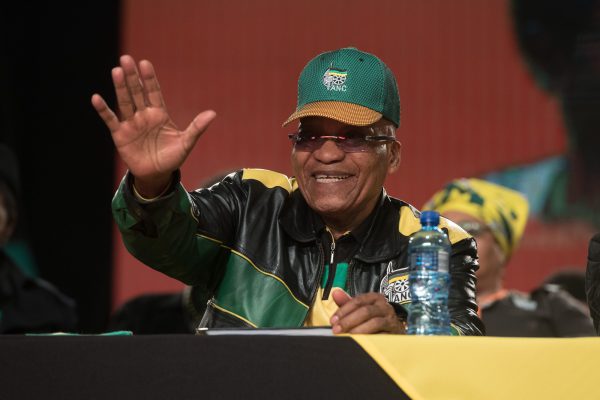 We must thank President Jacob Zuma for one thing: he has advanced free speech in South Africa.

Previously our journalists were reluctant to criticise ANC leaders except on specific issues such as Aids. They muted their criticism for fear of being called racists wanting to bring back apartheid.

Now their criticism is loud and open. This is great progress in our political life.

Last week a gang of brownshirt thugs calling themselves Black First Land First were sent (by the Gupta brothers?) to barricade and menace the liberal journalist, Peter Bruce, at his home in Joburg.

This was because he had written articles attacking the corruption of Zuma and the Guptas. They accused him of supporting “white monopoly capital” and stealing their land.

A fellow journalist, Tim Cohen, was manhandled when he tried to help.

The journalists faced a physical threat and a moral threat. Bruce said he wasn’t scared physically. He’s a braver man than me. I’d have been frightened.

Last week, Suna Venter, a former SABC journalist, died at the age of 32; she had previously been assaulted three times for speaking against malpractice.

Morally the threat is to be denounced as a racist for any criticism of an ANC leader. Ten years ago this threat worked. Now it doesn’t. Zuma deserves credit for this.

His utter corruption, his surrender of institutions of the state to the Guptas and his ruin of the economy have been so blatant that even the most apologetic of journalists is compelled to recognise it – and to speak against it.

The thugs who threatened Bruce will find no support from any journalist or editor.

Free speech in South Africa is heavily curtailed. Past ANC leaders such as Oliver Tambo must never be criticised. Above all, we are not allowed to speak about South Africa before the European colonists came. We must draw a veil over the past.

But we are now free to speak about the present.

Our journalists write honestly about the degradation of our country under Zuma. We should be grateful to him for this. Zimbabwean journalists cannot do the same under President Robert Mugabe.