The difference between Mbeki and Zuma’s meddling at the NPA

Here's a clue: one of them at least made a bit of an effort to hide it. 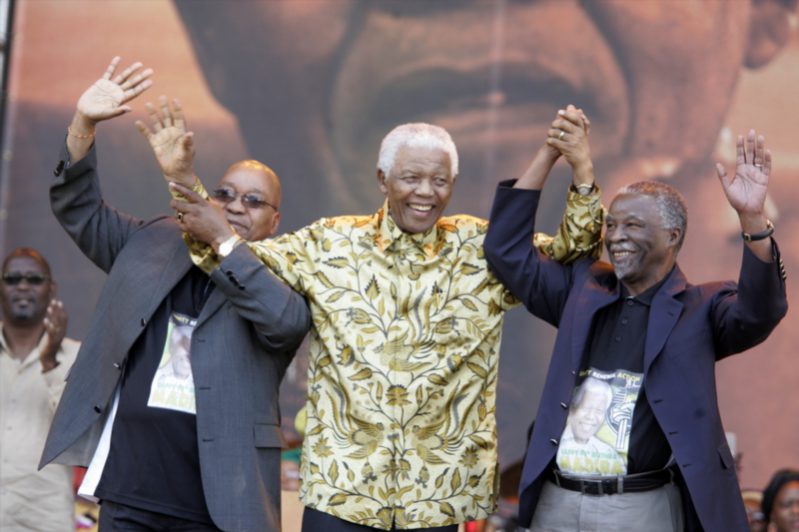 Hands up those who remember Chris Nicholson? Briefly feted then comprehensively reviled, he flashed across the judicial firmament and then vanished from public consciousness.

Nicholson is the unfortunate judge who in 2008 effectively gave former president Jacob Zuma a free pass on corruption and fraud charges.

His ruling slated then president Thabo Mbeki and his ministers for “political meddling” in Zuma’s trial and concluded that successive directors of the National Prosecution Authority (NPA) had acted maliciously.

Although the judgment was eventually overturned, by then it was too late. Zuma and his populist cabal had parlayed the Nicholson ruling into a toxic presidency that would run for nine miserable years before ending in national ignominy and ruin.

The nub of Nicholson’s finding was that the timing of Zuma’s indictment, immediately following Mbeki’s defeat at Polokwane, was suspicious. Further, that the suspension of the then head of the NPA persuaded Nicholson “that the most plausible inference was that [of] baleful political influence”.

Reversing the decision, the court tore into Nicholson for making findings against politicians who had not been given a chance to defend themselves and for transgressing the boundaries between the judicial, executive and legislative functions of government.

Nicholson’s judicial career sank like a stone. He was pilloried as, at best, a useful idiot of forces beyond his comprehension. Or, at worst, seeking favour by pandering to the Zuma bandwagon.

Nicholson’s unfairly disparaged judgment is important. Not for the judicial errors that were its downfall but because it identified for the first time a phenomenon that has hollowed out the rule of law in South Africa – the subversion of the prosecutorial function to serve the political masters of the day.

The “baleful political influence” of the executive over the NPA, which Nicholson referred to, was not proved to the exacting standards of the law. But does anyone seriously doubt that Mbeki – be it overtly or with a nudge-and-a-wink – influenced successive NPA heads to either prosecute or withhold prosecution, according to what best benefited him and the ANC?

Zuma’s interference in the NPA differs from Mbeki’s simply in that he has made little attempt at camouflage.

As Advocate Wim Trengrove argued in the Constitutional Court this week, Zuma used public money to get rid of the previous NPA boss, Mxolisi Nxasana, and replace him with Shaun Abrahams, to minimise the possibility of the charges against him being reinstated.

The Constitutional Court will decide whether Abrahams must vacate office, most likely, on the basis of the procedural niceties where Nicholson went awry. But it is the broader issue, that of executive interference, that is most important.

The Zupta cronies who plundered South Africa acted with brazen indifference to the law, because they were confident they had immunity, at the highest levels, from prosecution. When that protective cloak fell away, with the triumph of Cyril Ramaphosa’s faction at the ANC’s electoral conference, so too did the Zuptas.