Grace Mugabe’s ‘poaching’ is a gift to President Mnangagwa

If the allegations are true, Zimbabwe intends to prosecute Grace Mugabe for ivory and rhino horn smuggling. 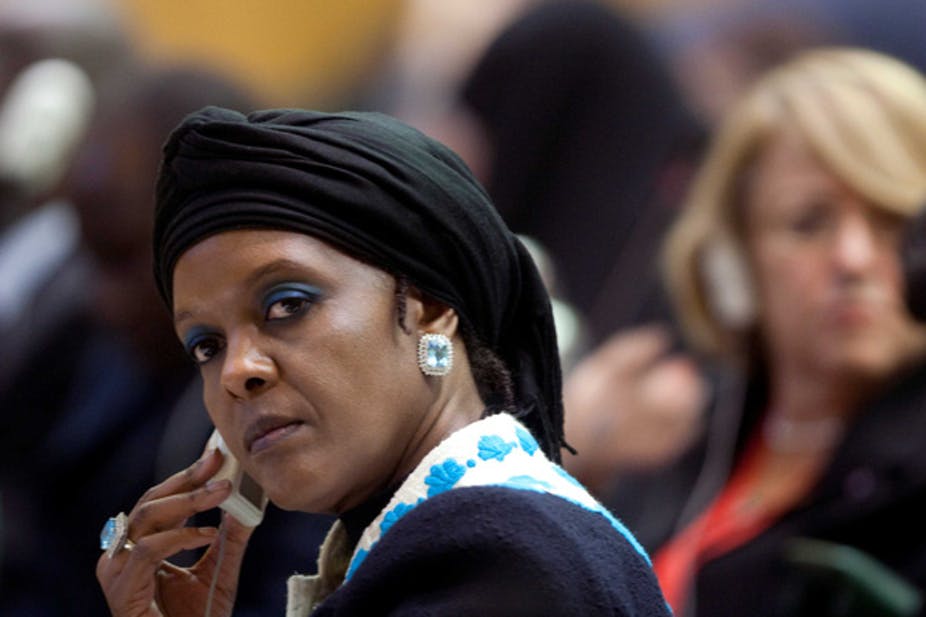 The headline in the Zimbabwe Herald could not have made it clearer: “Police tighten noose on Grace Mugabe”.

The newspaper, for 37 years the mouthpiece of Robert Mugabe’s government, is now the voice of the new president, Emmerson Mnangagwa. He replaced Mugabe when the long-time leader was deposed in late 2017. Over the last couple of months the Herald and a number of other Zimbabwean media outlets have published detailed accounts on police investigations into former first lady Grace Mugabe’s suspected role in ivory smuggling.

The first of these stories, less than two months after Mnangagwa took office, said the former first lady was being investigated for “illicit and illegal activities”. Information said to have come from the very top of Mnangagwa’s government implicated the former first lady in an organised crime ring “responsible for the poisoning of hundreds of jumbos in the country”. She was also accused of illicitly obtaining ivory from legal government stocks and either illegally selling it or exporting it as gifts for high-profile foreign allies. 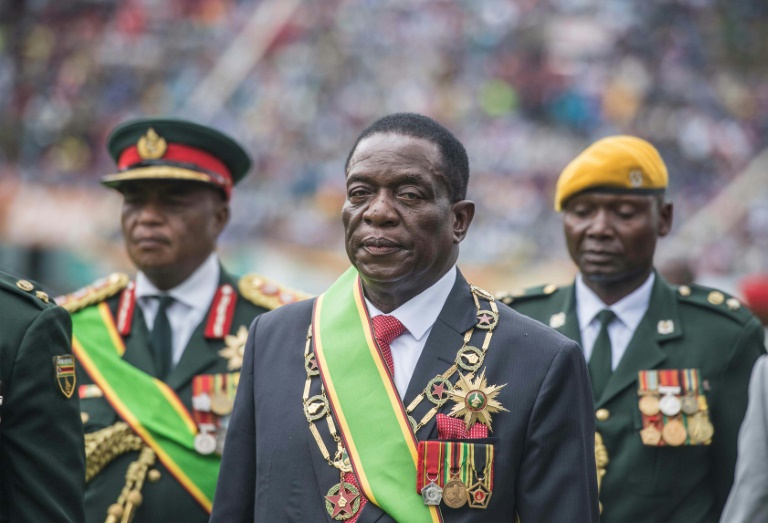 Analysts say new President Emmerson Mnangagwa is right to be concerned by Mugabe’s sudden re-emergence on the political scene.

Zimbabwe is one of the key elephant range states and home to Africa’s second-largest estimated elephant population of nearly 83,000 individuals, following Botswana. Though there are high elephant numbers, alarms have been raised over poaching in the country, including the use of cyanide poison to kill large numbers of them. The first reported case of this was in 2013 when a single massacre of over 100 elephants happened at Hwange National Park. Since then it has become a common means of poaching throughout the country’s protected areas.

As more and more evidence has been leaked to the press, the government’s intention to prosecute her for ivory and rhino horn smuggling has become clear. If she has been involved in illegal wildlife trading and has links to poaching, then she should be prosecuted and, if found guilty, punished. But this is also all incredibly useful for the new president who stands to benefit politically from these investigations.

Mnangagwa needs to embed himself in power as presidential and parliamentary elections are due to be held later this year. For this, he needs to ensure the unity of ZANU-PF – Zimbabwe’s ruling party since independence – and root out any pockets of pro-Grace supporters.

Grace Mugabe was his major rival to succeed president Mugabe and acted with her husband’s support to sack Mnangagwa as vice-president in 2017. This led to a military backed coup which forced the Mugabes to step down and saw Mnangagwa elected leader by ZANU-PF.

Though Grace Mugabe lacks the party’s majority support, she does have backing from a group of younger ministers and party officials known as Generation 40. If she is found guilty of these crimes, she could end up in prison and so politically neutralised. Also, by pursuing her on ivory and rhino horn smuggling charges, Mnangagwa averts accusations of political vindictiveness.

The move to pursue Grace Mugabe also wins the new leader international favour. Far from being criticised for oppressing political opponents, Mnangagwa would be praised for making a stand in the protection of elephants and rhinos – which, today, has huge global concern. Between 2007 and 2014, the African elephant population declined by 144,000 animals.

The government may also be attempting to put a lid on past accusations against Mnangagwa, who was said to be the godfather of rhino horn smuggling operations. Partly through his role as Mugabe’s director of intelligence, he was accused of being involved with supplying horns to Chinese buyers nearly a decade ago. But before any judicial hearings or convictions, the police docket, in the hands of then attorney general Johannes Tomana, disappeared.

Within a month of coming into power, the stress on conservation became part of the new government’s narrative, creating a discourse which places Mnangagwa as a conservation stalwart and Grace Mugabe as a corrupt ivory smuggler.

Mnangagwa was also quick to announce a halt on live elephant exports – a trade that had been directly pinned to Grace Mugabe.

Now, there are clear signals that government is amassing evidence to make a stand against poaching and prosecute Grace Mugabe. Mnangagwa’s special adviser, Ambassador Christopher Mutsvangwa, summed up the case:

We received a report from a whistleblower … Police and the whistleblowers laid a trap for suppliers believed to be working for Grace Mugabe. The culprits were caught and that is how the investigations started. When we were confronted with so much evidence, there was no way we could ignore; we had to act.

If the allegations are true, then her actions are against CITES trade regulations, which ban the international trade in ivory. Zimbabwean law also outlaws poaching and the trade in ivory from poached elephants. It is also illegal, without a certified permit that meets CITES conditions, to remove ivory from the legal government stockpile for export and sale.

This is the first legal action against the Mugabe dynasty since Mnangagwa was elected president and appeared to allow the Mugabes a graceful exit. It could become a major political victory for the new Zimbabwean president, sanctioned by law and bolstering his international reputation.