Thank goodness for cricket not tossing out history

Perhaps the only aspect of cricket that cannot be fully controlled is the toss, where captains pit their luck on a head or a tail. 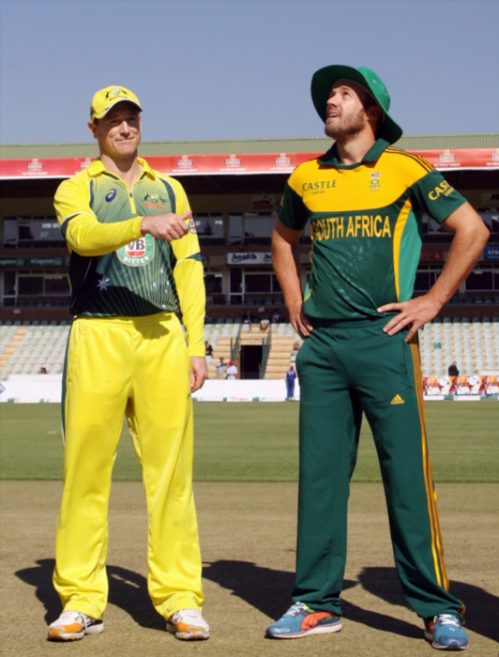 Australian captain George Bailey, left, tosses the coin as South African captain AB de Villiers looks on ahead of the cricket match between Australia and South Africa in the one day international tri-series which includes Zimbabwe at the Harare Sports Club, August 27, 2014. Picture: AFP/Jekesai Njikizana/Gallo Images

It is the very quirky traditions inherent in the longer form of the game of cricket which many would argue encapsulate its charm and have exposed some of its weaknesses.

The rise of the rapid-fire nature of T20 – encapsulated in the continuing success of the IPL – does lend some weight to the argument espoused by the late comedic genius Robin Williams that traditional cricket equated to baseball on Valium.

Be that as it may, Williams had a very valid point about a sport capable of being played over five days and failing to produce a result because of the interwoven complexities of a game, which requires the mind of a chess master in it pre-planning, but can rapidly go pear-shaped if the chessmen – the chosen players – do not conform to the roles they are selected to play.

But that is a simplistic take, vastly complicated by the vagaries of the game.

It is this list of oddities which has led to the huge upsurge of illegal gambling on the huge stage of Indian television. Viewers will stake a small sum on the result of a toss of the coin before the start of the match; who will face the first delivery or who will bowl the opening over.

In short, you don’t have to go through the heavy-duty PT of actually fixing the result if you already know the outcome of some of the ancillaries.

Perhaps the only aspect here that cannot be fully controlled is the toss, where captains pit their luck on a head or a tail and the winner given the option of batting or bowling first.

Surprisingly, there has been some debate over this time-honoured practice by a strong lobby which proposed that the visiting team automatically been given the “honour”.

Thankfully, wise heads have prevailed, and the cricket committee of the International Cricket Council, led by former Indian captain Anil Kumble, is of the view that the “toss” should remain an integral part of Test cricket and should not be done away with.

Strong backing came from two other former Indian captains, Dilip Vengsarkar and Bishan Singh Bedi, who argued against the idea after taking multiple aspects into consideration – the thrill associated with the flip of the coin, the history associated with it and the fact that it remains a basic tool to challenge a visiting team.

Thank goodness for that.