It remains one of the enduring mysteries of life exactly why so many of the fans of the 'beautiful game' are such monsters. 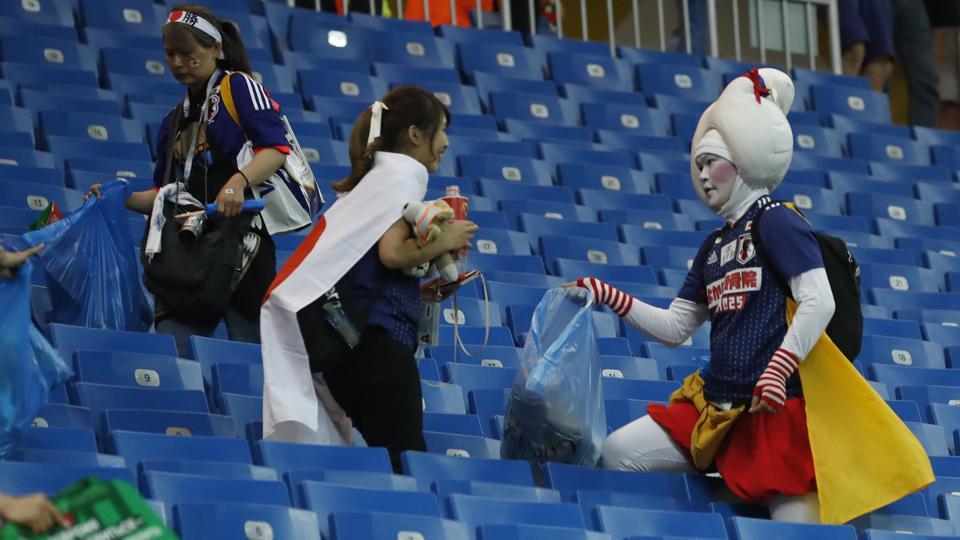 Japanese fans collect trash after the round of 16 match against Belgium in the Rostov Arena in Rostov-on-Don, Russia, 2 July 2018. Picture: Twitter

While I would not normally condone police brutality, in the case of England football fans I am ready to make an exception. So, too, it seems, is much of the world.

One of the most gleefully shared World Cup video clips on social media this week was not of any memorable ball skills on the football pitch. It was, instead, of the remarkable truncheoning skills of some Russian police officers, as they laid into a brace of Pom soccer hooligans with long, wicked-looking staves.

In an excess of enthusiasm at making the semifinals, the yobbos had made the mistake of leaping onto the bonnets and roofs of cars, then jumping up and down, while hooting, hollering and thumping their bared chests. This is apparently an ancient Anglo-Saxon foreplay ritual, judging by the coos of admiration coming from their inebriated womenfolk, when they looked up from puking genteelly into the gutters.

One England fan then made the mistake of using a Russian police vehicle as a trampoline.

It was a miscalculation of potentially Darwinian proportions. To mistake the Russian rozzers for British bobbies could literally be a fatal error.

As we all know from splutteringly indignant articles in the likes of The Telegraph, effete British cops nowadays spend less time on policing than they do on sensitivity training. In contrast, the Russian cops are basically street thugs who have been handed uniforms and carte blanche by an unappetisingly authoritarian regime. 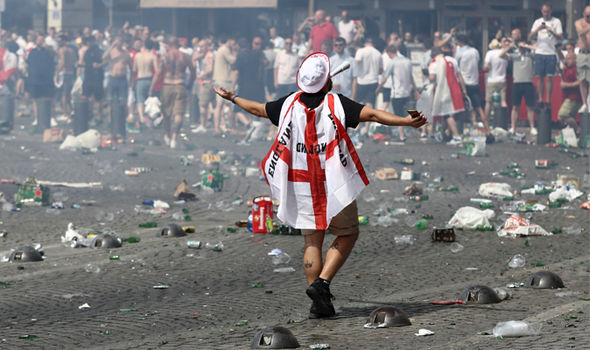 Accordingly, England fans in Russia have generally been well behaved. In contrast, many UK police forces reported being overwhelmed with calls last Saturday evening, after England’s 2-0 quarterfinal victory over Sweden, with fans damaging property and vehicles.

That’s one of the ugly sides to the game, at least in the UK. But even uglier than kicking in the tantalisingly smug grill of that BMW parked at the corner, which ironically was likely at least partly built in the UK, is the habit of kicking in the face of the missus.

It remains one of the enduring mysteries of life exactly why so many of the fans of the “beautiful game” are such monsters, while the fans of one of the most brutal sports, rugby, are rarely, if ever, guilty of post-match mayhem. There has never been any need for a UK top cop to be placed in charge of policing that country’s rugby spectators.

In rugby, all the violence is on the pitch. While their heroes might engage in all kinds of argy-bargy in the scrum – ear-biting, testicle-twisting and face-punching – opposing rugger fans don’t have to be separated by barbed wire and concrete barriers.

There is, unfortunately, very little academic research on the topic. Maybe it’s simply a matter of imitated behaviour, or of a national culture that encourages strong values.

In which case, my three cheers for World Cup 2018 go to underdog Japan. They shocked everyone, including themselves, by almost making it to the quarterfinals, to fall 3-2 to Belgium.

But they delighted the world with the sportsmanship of their fans, who had jaws dropping when, at the end of every game, they produced plastic bags to collect all the rubbish strewn around the stands.