We have the idolised Madiba to look up to, but should not be mesmerised into inaction by his long shadow. We still have a country to fix. 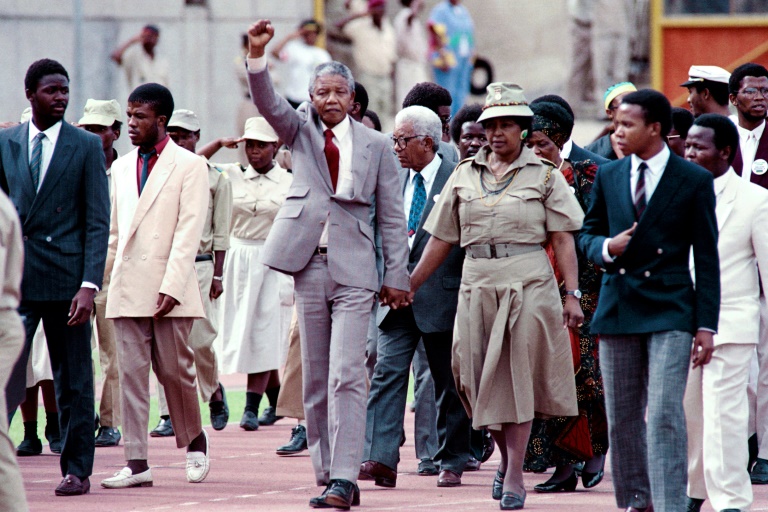 Most of Winnie Mandela's 38-year marriage to Nelson was spent apart, leaving her to raise their two daughters alone as she kept his political dream alive

Nelson Mandela, whose 100th birthday we commemorate today, could not have possessed all the qualities attributed to him by people who did not know him.

How we choose to remember him reflects our views, rather than his character. Remember, Madiba asserted he was no saint, “unless you think of a saint as a sinner who keeps on trying”.

I am a Madiba fan but there is a need to balance some hype. His legacy is imperfect.

His beloved ANC is divided, due in part to former president Jacob Zuma, who was helped by a R1 million gift from Madiba. What do we make of that decision by the great man? Would he have donated if he could have foreseen how Zuma’s relationship with money would shape South Africa’s future?

Mandela’s role in the 1994 Shell House massacre is glossed over; so too his 1993 call for the voting age to be lowered to 14.

If Mandela was wise and selfless, those characteristics are not shared by a family squabbling over assets. Such greed could besmirch the legacy of a founder of our democracy. Or not. Can we sit in judgment of a family whose core was disrupted by the hardships inflicted on Mandela and his partner over many decades? Judge not, lest ye be judged.

While I cannot claim to have known Mandela, I did meet him several times (Madiba: my memories, The Citizen supplement, December 9, 2013). He was indeed inspirational. We can be grateful he ultimately chose the path of reconciliation. We can be guided by the ideals captured in Madiba quotes for all occasions.

But we should not live in the past, mythologising halcyon Madiba days.

We have the idolised Madiba to look up to, but should not be mesmerised into inaction by his long shadow. We still have a country to fix.

Lamenting the passing of the Madiba era and reciting his wise words may bring some reassurance. The danger is that it reinforces ANC mythology.

And the ANC, riddled with corruption and infighting, is incapable of implementing policies that will lead South Africa to prosperity.

Both President Cyril Ramaphosa and Mandela had legal training and both contributed significantly to South Africa’s founding constitution.

The party’s current slogan captures this: “100 Years of Nelson Mandela: the year of renewal, unity and jobs.”

Forget about jobs. There will be no real job creation under ANC corruption. If party unity means protecting crooks, the country cannot prosper.

We know that Zuma placed the ANC above the constitution. Whether Mandela did so is debatable. What matters more now is how much Ramaphosa will compromise for the sake of the ANC.