South Africans have a more than one in 10 chance of being a victim of crime every year – and this excludes bribes and business-related crime. 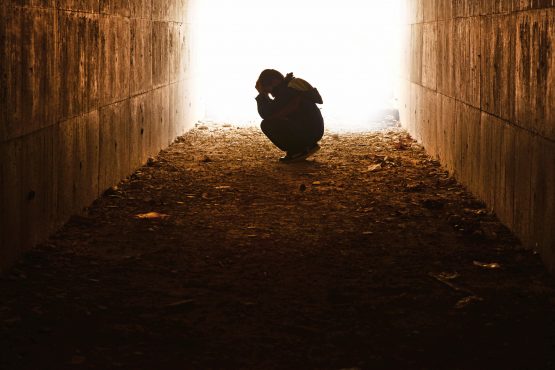 Justice is blind, the policeman lame

Everyone else has a memory full of pain.

With apologies to Tom Waits (inspired by Clap Hands from his 1985 album Rain Dogs).

The latest crime statistics from the South African Police Service (Saps) indicates that many types of crime have increased in frequency, while Statistics SA’s Victims of Crime Survey tells us that half of the victims do not report their trauma to the police, and in some cases such as housebreaking, less than a fifth are reported.

While definitions of rape differ between countries, South Africa has a high rate of sexual assault by any measure, if not the highest.

Our crime is such a problem that many do not bother to go to the police, while police drop cases as they move on to new ones.

The Victims of Crime Survey indicates that incidents of economic crime such as house burglaries, and theft and damage to property combined, run at well over 1.5 million a year.

Other economic crime –such as cable theft, bribery, and business fraud – do not feature in any crime survey.

Then there’s ‘road shedding’, where roads are blocked and tyres burnt, and often the trucks too.

South Africans have a more than one in 10 chance of being a crime victim every year. This excludes bribes and business-related crime.

In addition to only half of household crimes being reported, only about half of the reported cases result in some form of arrest!

Then just a few arrests go on to the courts, of which about half result in verdicts. Less than a third are sentenced.

The overall chance of an actual crime resulting in a guilty verdict is below 5%.

Moreover not all guilty people are sentenced to prison.

Only one person ends up being sentenced to jail for every 98 economic crimes against households (adding business-related crime must by all accountants take this to well over 100).

Assume that the burglar gets only R5 000 from an average burglary, and pulls them off at the rate of one a week – that’s more than R500 000 in income over two years. Say he gets around a two-year sentence for the burglary he is caught for. That would still equal about R10 000 a month over the four years, well over the typical salary in South Africa!

The sentence is likely to be reduced too, and the criminal will probably return to a life of crime.

If one assumes that every murderer sits in jail for over 10 years, then even if we count all sentenced inmates as murderers, we would still be 50 000 murderers short over the last 10 years! The police recorded 174 521 murders in the 10 years to March and the total prisoners for all crimes averaged just 113 331.

The number of prisoners sentenced to 10 years or longer averaged just 55 037 in the past decade, and many are not there for murder. It is clear that less than a third of murderers get a sentence of over 10 years!

For most, there is simply no justice.

Over two million crimes against persons take place every year, and fewer than 120 000 people are sentenced for all crimes. Is the probability of getting a sentence lower than the chance of being a victim of crime? It certainly looks like it.

Moreover, complicated crimes such as the failed Sharemax and Tigon investment schemes take decades to get to court – if ever. Only one person was ever sentenced for the corrupt arms deal, and few are even in court for the state capture debacle right now. These are not crimes against households, but they hurt in the form of higher water and electricity prices as well as higher taxes.

The honest live in fear

In contrast, average people have their cars pulled off the road for unpaid traffic fines and are threatened with arrest. Citizens live in fear of saying the wrong thing while the violent and corrupt sleep in peace.

Women feel unsafe in public transport. We all live in fear, and communities patrol their own streets and do much of the police work themselves – giving up their sleep and fuel to help their communities survive.

The honest bear the costs too

The damage that crime does is of course not just an economic question but does increase the cost of living and the cost of doing business. This is my area of expertise and, sticking to my knitting, I think it is important that some points are made.

Starting at the cost of government corruption: this was put at about R240 billion a year in 2015 due to tenders for the state and its companies being at least 40% overpriced. Moreover, this excludes irregular expenditure which has amounted to more than R100 billion in the last few years.

Bribes in everyday life, for anything from getting out of a traffic fine to securing a teaching post, are rife. Bribes for jobs are not even measured in any crime report but one hears of it frequently from a range of sectors.

This cost is not measurable, but is immense – and almost all of these ‘promotions’ are never reported. This comes at a cost of pupil’s careers and possibilities while allowing politicians to continue to blame the old order for the current inequality.

Train commuters pay about five times more to use taxis and many lose their ability to work as they cannot afford taxi fees.

Suburbia ends up paying more for insurance of vehicles, household contents and of course security services. This money could have been spent more productively on other items such as cars or gardens.

The economy bears the brunt mainly in lower growth

The newly built power stations cost more than in other regions, resulting in higher electricity prices. The massive debt accrued is causing higher interests for government debt as well as downgrades for the country.

South African businesses have invested more abroad than any of the other top 20 emerging market countries, which normally receive investment from abroad!

All of the above has also resulted in a weaker currency as well as uncertainty for firms, and accepting positions as ministers in the cabinet or on boards of state companies is often the result of people wanting to commit crimes.

Just the power fiasco and capital flight have meant that South Africa has about three million jobs less today than it should have. Add the other crimes and the economy should be at least 50% bigger! It is even possible that South Africa could be twice as wealthy.

Firstly, put victims before suspects in law and in practice.

Seriously restructure the police and get them to focus on real crimes, not drugs, speeding or prostitution. Focus police and court efforts on crimes that hurt people or the economy. Throwing the book at a shoplifter but not at the perpetrator of tender fraud is stupid and shows that the police contain too many cowards!

Longer sentences for major economic crimes such as rigging tenders by changing these to a treason-like charge. Steal cable and get 25 years! Hold protest leaders responsible for damages.

Change life sentences to 40 years. Any crimes that involve violence should not allow for parole before half the sentence has been served. Institute hard labour in very violent cases.

Reward prosecution for winning cases and any theft of documents from court or police results in an automatic jail term of at least one year with no parole.

It is insane that crime pays and that our leaders are tame and some criminal while the honest are misused and live in fear. We deserve freedom from fear!

Mike Schüssler is an economist at Economics.co.za