The ANC, DA and EFF must all adapt or die

All three of the big parties had their weaknesses exposed in the 2019 elections. 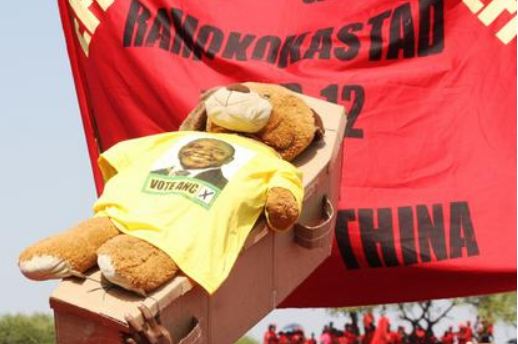 Economic Freedom Fighters (EFF) members are hoping their party can overtake the ANC in the May 8 general election. PHOTO: African News Agency (ANA)

South Africa’s election season has come to an end and the country must be applauded for carrying it out successfully. Watched by African and international observers, South Africa has demonstrated that notwithstanding obvious differences, robust electioneering and numerous political parties, it is able to hold free and fair elections.

There are worrying signs though; a low voter turn out and specifically those missing voters within the youth demographic. For many South Africans who stayed away, their actions demonstrate the increasing indifference to politicians and their empty promises.

Can you blame them? They know too well the lies politicians tell. Consider the residents of Alexandra, who have for more than 20 years been promised better living conditions in the form of houses, sanitation and infrastructure. Many are still on the waiting list for government houses.

South Africa is desperate for a leadership that will rebuild the economy and society. A leadership that is aware that progress, jobs, a stable labour market and modernisation are essential to the vitality of its people and the greater nation.

A leadership that realises in order to achieve economic growth, it must encourage investment.

Returning to politics, we have witnessed how these elections have not only proved difficult for the voters, they have also revealed uncomfortable truths to parties regarding their status and organisational weakness. The coinciding decline of the ANC and the DA, contrasted with the below- expectations growth of the EFF, are intriguing, telling and yet unsurprising developments with far-reaching and unique consequences for these parties.

The ANC: shaken, but will it be stirred?

The support the ANC has enjoyed since the advent of democracy is waning and shaken. On top of that, it is proving to be devoid of freshness and has an entrenched problem of political leaders who have been in government and politics for so long they may be reluctant to envision change.

The party must undergo a makeover of its leaders and break the perceptions that they’ve created. The results for Gauteng reflect the seriousness of the ANC’s crisis. Were there to emerge a credible and attractive opposition, its hold on power would fail and lead to the end of its era.

The party may have won the elections, however, its biggest hurdle is itself. Will this victory bring about real change or the illusion of it?

There is no doubt that DA leader Mmusi Maimane’s political career now hangs on a knife’s edge. The DA’s poor showing will have his opponents calling for his head, arguing that doubt about his leadership has been proven true. Does he still have enough support internally to withstand the challenge? That remains to be seen.

These elections have shown that having a black face in charge is not enough and does not translate to resonance with black voters. Evidently, it also did not sit well with some white supporters who voted for VF Plus.

The crisis of the DA may not be as apparent as that of the ANC, but it is similar in that it is a party struggling to contemplate change. Worse, it is riddled with the fear that it might alienate its white supporters. The hollowness he once spoke of has come to haunt Maimane and the DA.

We tend to forget, the enthusiasm and political cult of youth does not offer value for voters. More importantly, populism in the age of social media does not mean the same in real life. However, the youth also bring energy and willingness to do things differently and ignite change.

For some, the EFF’s growth is underwhelming because it has not given the party the coveted kingmaker’s role. Its leader, Julius Malema, is the sort of man who commands attention. That is partly, no doubt, because he has managed to embody the essence of a Machiavellian politician – cunning and adaptable, with the ability to survive.

What these elections have revealed about the red party is that it will have to come up with a new approach. Its change in direction must reflect the challenges faced by a society in an ever-changing globalised economy.

It is hard for voters who did not vote for the EFF to believe that the party can bring about change. Although appearing to make the right noises and offer sound propositions, voters denied the party that 15%. Was it a case of dislike, distrust or low turn out? The next elections will no doubt tell.

The lessons from this year’s elections are that political parties must adapt or reinvent themselves. Otherwise they will find little or no support from the country’s dynamic populace. The UDM, COPE and the PAC epitomise this.

The elections have also exposed the political parties’ weaknesses and disconnect from many people they assumed were supporting them. That is another simple lesson – parties have failed to show ordinary citizens that they’re paying attention to their worries and have solutions for them.

Have they learned? Sometimes simple lessons are the hardest to learn or implement. The next elections will indeed be telling.