Proteas in search of a new leader

Captain Temba Bavuma was ruled out for the remainder of the one-day international series against Sri Lanka after a freak incident on Thursday. 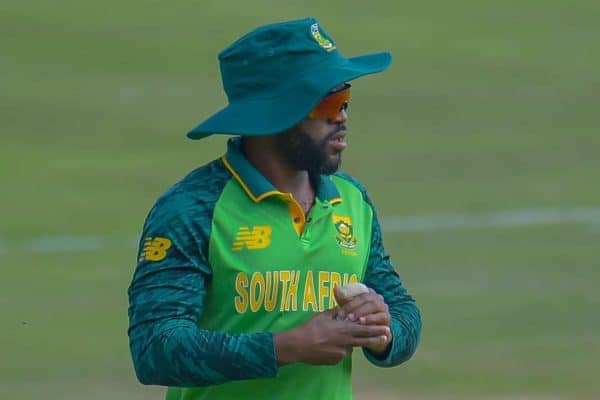 Temba Bavuma has been forced to quit the tour of Sri Lanka because of a broken finger. Picture: Gallo Images

The diminutive batsman was ruled out for the remainder of the one-day international series against Sri Lanka after a freak incident in Thursday’s opening match of their tour, which resulted in him fracturing his right thumb.

In attempting to avoid a fielder’s throw, Bavuma took a direct blow to the thumb during the 26th over. He retired injured just a couple of overs later as the Proteas narrowly lost by 14 runs.

With just six weeks until the start of the World T20 in the United Arab Emirates, the injury could not have come at a worse time for the skipper.

ALSO READ: Bavuma on Proteas: Off field battle as big as challenge on it

What is interesting is that the national selectors gave a glimpse of their thinking in terms of leadership going forward when they named left-arm spinner Keshav Maharaj as the skipper for the last two matches of the series.

They will name the captain for this month’s T20 series against Sri Lanka in the next few days.

Maharaj has only played 12 one-day internationals, and has yet to play a T20 for South Africa, so he is by no means a regular starter.

Since Faf du Plessis relinquished the captaincy role in early 2020, the Proteas have battled to find a new leader.

Quinton de Kock had a short, unsuccessful stint, while Heinrich Klaasen also stepped in when Bavuma was injured earlier this year.

'We need to throw the first punch,' says Bavuma about T20 opener
1 day ago
1 day ago

'We need to throw the first punch,' says Bavuma about T20 opener
1 day ago
1 day ago