Ramaphosa and Dlamini-Zuma have so far being touted as the main contenders to succeed Zuma when his term ends in December. 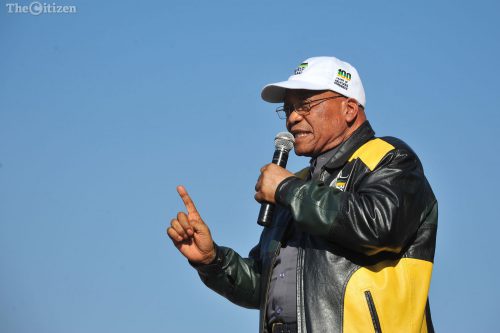 African National Congress (ANC) president Jacob Zuma this week held several interviews with the SABC’s public radio stations discussing, among others, the party’s much talked about leadership race that is set to come to a head at its national elective conference later this year.

ANC stalwarts Cyril Ramaphosa and Nkosazana Dlamini-Zuma have so far being touted as the main contenders to succeed Zuma when his term ends in December.

The president, in one of his marathon interviews, indirectly endorsed the outgoing African Union commission chairperson when he said it was not true that an ANC culture existed where a deputy president must become the leader of the party.

Many observers of the ANC and political analysts see this as Zuma’s first hint that he doesn’t support Ramaphosa to take over party reins from him. He said the ANC was ready for a female president and listed some of Dlamini-Zuma’s achievements, including her previous roles as a cabinet minister.

ALSO READ: How Mbete was ‘sidelined’ in favour of Dlamini-Zuma for ANC presidency

Zuma also said he was not available to run for a third term, ending public speculation that a third term could be on the horizon. He also said even if the ANC were to nominate him again for the party’s top job, he wouldn’t accept it.

Referring to former president Thabo Mbeki’s third term bid in 2008 to stand as party leader, Zuma said he was one of the people who opposed Mbeki’s nomination. He said if he were to stand, that would cause tension within the party.

The following interview was conducted with Motsweding FM on Wednesday.