An investigation into the incident is under way and Cresta said it would cover the cost of the visit to Health-Worx and provide trauma counselling for those affected.

Children who were riding on the swing carousel at Cresta Shopping Centre when it toppled over on Saturday are traumatised, scared and emotional, reports the Randburg Sun.

The parents of the children are taking them to their own family doctors, as the Cresta Shopping Centre management apparently did not do any in-depth check-up after the incident.

The four girls who were riding on the carousel when it toppled over mid-ride complained of headaches, blue marks on their legs and stiff neck. These children were initially excited when they arrived at the shopping centre as they planned to play games, watch movies and enjoy ice-cream during a birthday celebration.

One of the parents, Nicolene Jonker, said they dropped off the children and went to Mugg and Bean to eat breakfast.

“About 30 minutes later we heard this big loud noise coming from the arcade area – people screaming, children crying. We got such a fright,” she said.

When she arrived at the scene, she found that the carousel had broken in the middle and it was a terrible sight. “Civilian paramedics came to help. Our children were in tears. The security guard at the arcade said we should take them to Cresta Health-Worx in the basement of the centre,” she said.

Upon arrival at the medical centre, parents were given forms to fill out. “It took so long, they didn’t assist the girls first, they wanted us to fill in new client forms first,” she said.

Nobody attended to the children, as they were busy with paper work, until a Netcare 911 ambulance arrived about 45 minutes later.

“Health-Worx said we have to do the paperwork due to Cresta management not paying their medical incident bill with them. A doctor arrived. She attended to each child for about 20 seconds, checking for concussions, and then sending them off,” said Jonker.

According to the mothers who were on the scene, the operator of the carousel just started the ride and then left. When the incident occured, it is alleged that there was no operator monitoring the area. The parents were also not shown any documentation of compliance and public safety.

According to a statement by public relations officer, Melissa Douman, on behalf of Cresta’s general manager, Virginia Bester, an investigation into the incident is under way.

The centre management has made contact with the owner of Route 66, the arcade centre, which is just outside of where the carousel was situated. Feedback will be released once the investigation and safety assessment has been completed.

Cresta’s marketing manager, Elena Yiallouris said, “We will cover the cost of the visit to Health-Worx and will provide trauma counselling for those affected. We are arranging meetings with the parents as well.”

View photos of the incident: 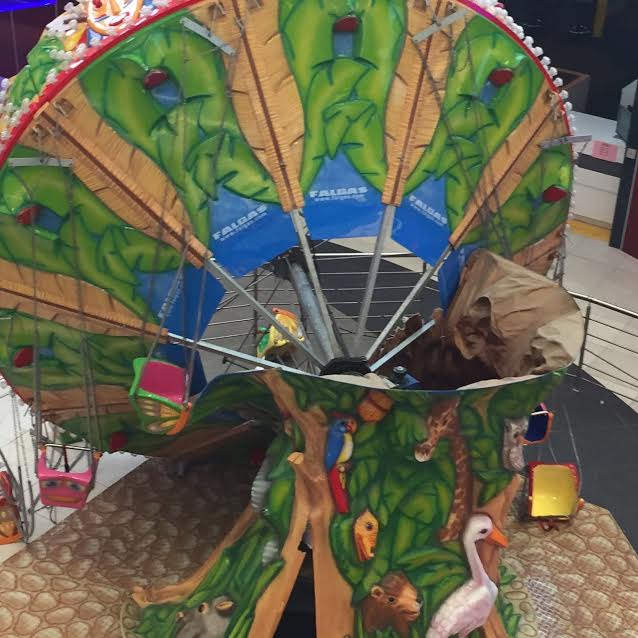 The swing carousel after it has fallen. Picture: Supplied.

'I fear for my life,' says SABC news chief after accusations of hurting ANC's electoral showing
50 mins ago
50 mins ago

'I fear for my life,' says SABC news chief after accusations of hurting ANC's electoral showing
50 mins ago
50 mins ago