Health MEC and Makhura must be ‘criminally charged’ for ‘massacre’ – EFF

The party wants Qedani Mahlangu to hand herself in to the police. 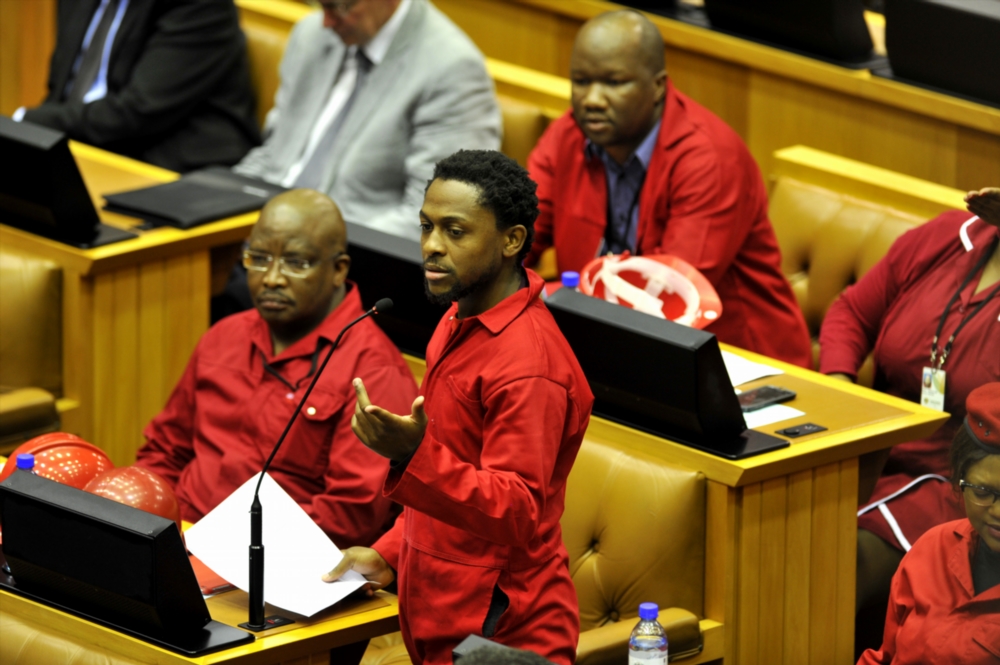 The Economic Freedom Fighters (EFF) is calling for the Gauteng Health MEC to be criminally charged for the deaths of at least 94 mentally ill patients who were transferred from Life Esidimeni to 27 different NGO institutions.

Qedani Mahlangu terminated a contract with Life Esidimeni, a subsidiary of the Life Healthcare group that had been offering its services to the Gauteng government for 40 years. Some patients are understood to have been subsequently transferred to as many as 27 different NGO institutions operating illegally, without licences.

The EFF now wants Mahlangu and Gauteng premier Davud Makhura to be charged for the “massacre”. The party further called on “Makhura’s government to all step down” as this is “direct consequence of their incompetence”.

“We therefore call for criminal charges to be instituted against the Gauteng Health MEC Qedani Mahlangu and all who are involved in government and concerned NGOs. We call on Makhura’s government to all step down as this is [a] direct consequence of their incompetence. Criminalizing Qedani Mahlangu alone, who served at the pleasure of the Premier, is wrong. In full recognition of this massacre, Makhura must step down.

“Not only is the termination of the Life Esidimeni contract suspicious, but the liaison of a government office with illegal institutions is gravely concerning. How can such an occurrence of so [sic] illegal proportions happen without the premier knowing? This demonstrates his very incompetence and mediocrity!

“The lives of the late patients were essentially traded in to further the greed of politicians and illegal NGOs who would rather pretend to be saving money than to be saving lives of the people who solely depend on special care the government should be providing. We therefore also call for all the families of the lost ones to be fully compensated, despite the fact that no currency on earth can ever compensate for the loss of lives.

“If Qedani Mahlangu’s resignation is a sign that she genuinely regrets her actions, she must hand herself over to the nearest police station for murder and negligence. Otherwise, her resignation must be seen as avoiding the real responsibility of the massacre.

“The entire Gauteng ANC must hang their heads in shame for this massacre; they must step down if they genuinely mean the fact that they as government take full responsibility.”