He was killed by those who were allegedly 'petrified' of his new political party, Civic Warriors of Maruleng. 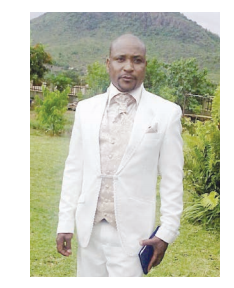 Mojapelo said the victim, a principal at Lorraine Banareng Primary School in Sekororo, was from the Lorraine Village in the Ga-Sekororo area.

Mojapelo said Shai was stabbed while appearing on an assault charge as the accused in a matter related to taxi violence in Sekororo.

“At the time of the incident, the deceased had asked the court to permit him to contact his lawyer, who was not present during his appearance,” Mojapelo said.

“In what appeared to be an act of vengeance, the deceased was stabbed at the entrance of the court room just before making the call. In an attempt to escape the scene, the bloodied victim walked through to the court room, with a knife lodged in his body, to the magistrate’s office where he collapsed and died.”

Mojapelo said a man was promptly arrested. “We are probing how the man got past security and through the court’s entrance gates with a knife,” said Mojapelo.

“It is a mistake to think his stabbing was related to taxi violence. He was killed by those who were petrified his new political party, Civic Warriors of Maruleng, would soon take the ruling party and others to the cleaners,” he said. Shai will be buried at the Lorraine graveyard on Saturday.