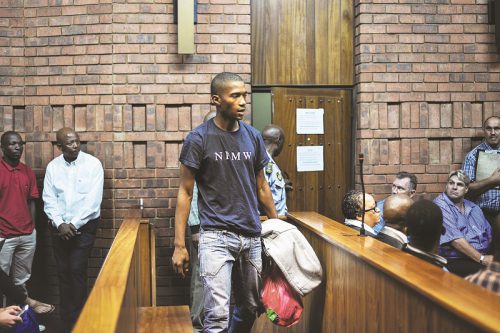 The Tshwane Metro Police Department (TMPD) has suspended one of its officers to allow the Independent Police Investigative Directorate and the courts to proceed with a murder investigation.

Takatso Mashego allegedly shot Tsakane Shimange, 38, in the chest after he stopped him in Hatfield last month.

Mashego, who was granted bail of R5 000 last month with a warning to appear again on Wednesday, was placed on suspension pending investigations, TMPD spokesperson Senior Superintendent Isaac Mahamba said.

“We decided to be fair to allow proceedings to run smoothly, so he will be suspended until then.”

The 26-year-old officer appeared briefly in the Pretoria Magistrate’s Court on Wednesday, where the matter was postponed to March 29 for investigation.

Last month, attorney Peter Jay said his client would challenge the state on the murder charge and plead not guilty.

He added that his client was “provoked” by the deceased.

“His legs were injured as the deceased bumped him with his car twice.”

Shimange had allegedly just dropped his partner off at Sunnypark Shopping Centre, in Sunnyside, on January 9. He was on his way to work at the department of telecommunications when a parking guard directed him to a parking bay just outside his office.

According to the attendant, Mashego allegedly stood right in front of the vehicle and fired a shot through the windscreen, hitting Shimange in the chest. The victim was declared dead at the scene.