Meet the three women vying for the ANC presidency

If SA is going to have a woman leading it in 2019 (and that's still a big if), then it's likely to be one of these three. 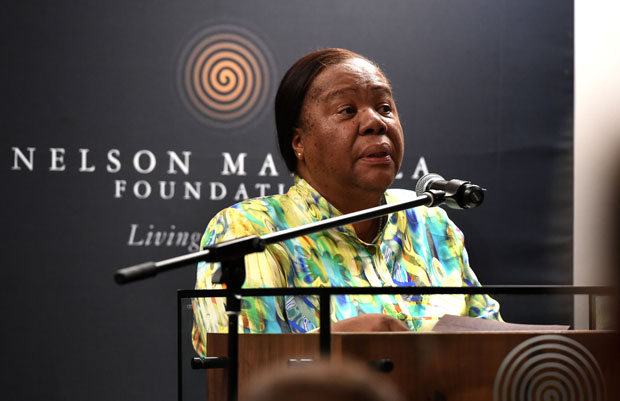 While the Americans got cold feet at the chance to elect their first woman to the county’s highest office, South Africa might just be on the verge of making history with the election of a female president.

President Jacob Zuma himself has said (with more than a hint of having a very personal stake in the matter) that South Africa should have a female president – and that it can happen soon.

He notably brought it up at a meeting with Chile’s President Michelle Bachelet on the eve of Women’s Day last year.

“South Africa is ready for a woman president. It’s a democratic country because we are equal. It’s a matter of time and I think it’s not far away,” the president said at the time.

Most people have interpreted his keenness for a woman as a not-so-subtle endorsement of his former wife, Nkosazana Clarice Dlamini-Zuma.

But high-ranking sources in the ruling African National Congress (ANC) have said that her election is not a foregone conclusion. Should a female president be chosen, it is likely to be one of the following three women, who are well entrenched in the political scene.

The big names being dropped right now are: Grace Naledi Mandisa Pandor, South Africa’s current minister of science and technology; Lindiwe Nonceba Sisulu, member of parliament and a member of the national executive committee (NEC) of the ANC; and, no surprise at this one, Dlamini-Zuma, the former chairperson of the African Union Commission.

There is likely to be much horse-trading behind the scenes in the run-up to the December ANC elective conference where branch delegates will cast their votes for the party’s – and the country’s – next president.

ALSO READ: Public protector responds to Madonsela’s offer to pay back the money

The Citizen takes a look at the history of these three women: Pandor was born in Durban, in the then Natal province. Her grandfather, ZK Matthews, was a respected anti-apartheid teacher, reformist and Cape president of the ANC.

Pandor was first elected to Parliament in 1994 and was appointed chairperson of the National Council of Provinces in 1999.

She served as minister of education from 2004 to 2009 under Thabo Mbeki and Kgalema Motlanthe. She was also minister of the department of home affairs (2012) and has been minister of science and technology since May 2014.

She is married to Sharif Joseph Pandor and they have five children. Pandor converted to Islam after she met her husband. Dlamini-Zuma is the only one of the three women who has served under all the democratic presidents. She just ended her term as chairperson of the African Union Commission. She was minister of health (1994-1999) under Nelson Mandela and minister of foreign affairs (1999-2009) under presidents Thabo Mbeki and Kgalema Motlanthe.

She also served as minister of home affairs in her ex-husband’s cabinet until May 2009 when she took office at the AU.

She and Zuma and had four children. They divorced in June 1998. Sisulu was born to ANC leaders Walter and Albertina Sisulu. She is also the niece of late former president Nelson Mandela. His first wife, Evelyn Mase, was her aunt.

Her husband, the Kenyan-born academic Rok Ajulu, recently passed away from cancer complications. They had five children together.