The EFF leader says he was just pointing out 'the truth' about Mbete and Mokonyane and their gender has nothing to do with anything. 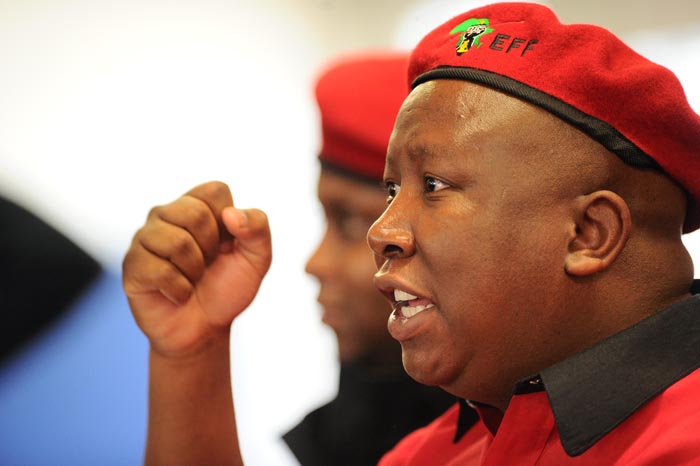 “Don’t use feminism to protect corrupt people”, says EFF leader Julius Malema, who was accused of sexism for criticising national Speaker of Parliament Baleka Mbete and Minister of Water and Sanitation Nomvula Mokonyane.

The EFF leader said this while addressing members of the media at the EFF’s headquarters in Braamfontein, central Johannesburg, on Tuesday.

He said the party criticised everyone regardless of their gender. Malema highlighted that his attack on Mbete, who he said had been “used” by President Jacob Zuma, and Mokonyane, who they accused of tender corruption, had nothing to do with their gender.

The EFF leader launched a scathing attack on Mbete in parliament during the state of the nation address (Sona) last week, saying Zuma has “used and dumped” her. He alleges Zuma promised her that she’d be president and later “dumped” her.

“Yoh what a terrible thing they did to Baleka. They even told her to leave the former deputy president. She’s in trouble. Firstly, Zuma promised her that she’d be deputy [president], and then Zuma made Cyril [Ramaphosa] deputy.

“She was misled by Zuma. She was used by Zuma. That’s what we say when we talk about using. There’s nothing that warrants feminists to say anything. Even us as males we say Zuma used us. So when you say Zuma used a female, you say this is a disregard for women. There’s no other way of putting it [though], it’s the truth.

“You are not going to hide the truth here in the name of nonexisting feminism. The truth must be told to everyone. If corruption is done by Nomvula, she must be told she’s corrupt. There’s no other way of telling her!”