What Ramaphosa actually said to the ‘stupid’ white MP

A publication has been slammed after misquoting and mistranslating what the deputy president said in parliament. 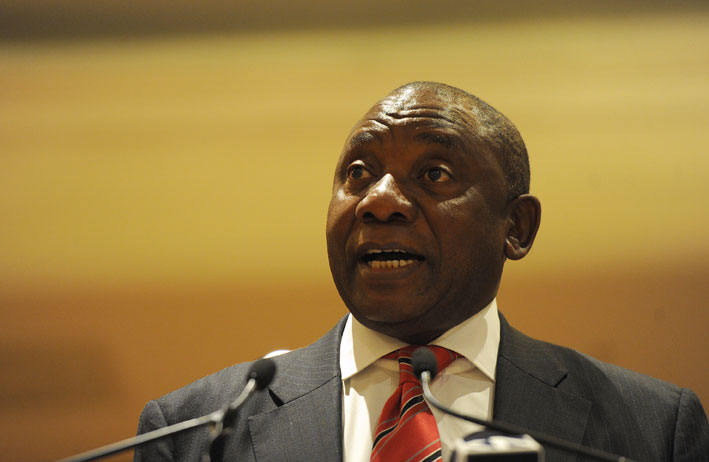 MacPherson asked Deputy President Cyril Ramaphosa a question that left the deputy responding in TshiVenda, saying it would help the MP understand the aims of his trip to the World Economic Forum in Davos, Switzerland, better.

MacPherson had questioned the credibility of team SA’s message of cohesiveness, when the ruling party was “at war with itself”. His question was based on the SACP reportedly having described government’s plan of radical economic transformation as “nothing but hot air”.

“By your own admission deputy president, your government is at war with itself,” he said.

“And I’d like you to respect that ngauri hezwi ro ya Davos, ri ya Davos u rengisa shango lashu uri vhathu vha zwi pfesese zwavhudi uri rine vhathu vha fhano Afurika Tshipembe ro farana hani, ri khou shumisana hani, nahone ri khou ya phanda nga ndila ifhio. [We go to Davos to sell our country so that people may fully understand how united the people of South Africa are; how we work together and the way in which we are progressing.]

“A ri khou ita hezwi zwa vhudabadaba zwi no fana na hezwi zwine na khou amba nga hazwo. Ri khou ita zwithu zwa uri ri bvelelise shango la hashu phanda. [We did not go there to misbehave, the way you have described it. What we were doing was for the development of our country].”

This second part is what has caused an uproar on social media after reports claiming the deputy president called MacPherson “stupid” in parliament when he did not.

In fact, Ramaphosa did not insult anyone, and did not call anyone names. There was no mention of the word, “stupid”, which is Tshidahela in TshiVenda.