Paramedics have been called to the hospital after a roof collapsed at the government hospital. 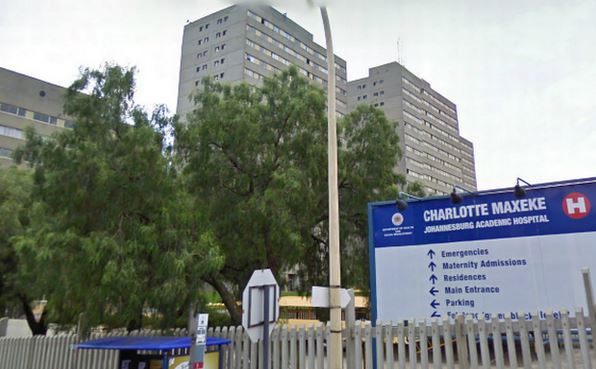 It is understood injuries have been reported, some people are trapped and emergency services are attending to people at Charlotte Maxeke Academic Hospital.

According to City of Joburg, the roof on the main entrance collapsed and a search and rescue team is on location. Reports on social media confirm that there is chaos at the hospital with eyewitnesses claiming it is difficult to evacuate patients and people visiting the hospital.

A roof has collapsed at #CharlotteMaxeke hospital main entrance, Search & Rescue crew are on scene. More details to follow

Private emergency services are also making their way into the hospital. Joburg emergency services have stated that scaffolding outside the building caused the roof to collapse. According to Mail and Guardian, Gauteng Health were informed about the collapse soon after it happened.

People are believed to be trapped in the rubble though rescue workers were seen leaving the site of collapse. Four people, unharmed have been removed from the rubble according to emergency services. Two people are missing.

The Citizen understands that a contractor was working on fixing the roof before the incident occurred. EMS spokesperson Nana Radebe says two people are still missing while eyewitnesses have said they saw a body removed from the collapse. Ten to 12 people were trapped in the rubble.

Jack Bloom of the DA says he warned that the structure of the hospital was deteriorating.

The devastation at Charlotte Maxeke Hospital – I warned years ago that the hospital was structurally unsound. pic.twitter.com/6z7uTGLExA

Rescue workers leaving so mercifully I don't think there are any people under the rubble. pic.twitter.com/vtRyZ83kpZ

BREAKING >> Entrance to Charlotte Maxeke Hospital has collapsed. More details to follow as we get further details. @mailandguardian pic.twitter.com/gqTGsNbb2b 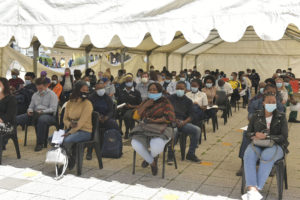 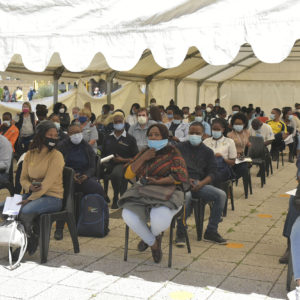