March against xenophobia, crime to take place in Tshwane

The marchers want issues such as unemployment, crime, human trafficking and drug peddling to be addressed so that xenophobia can subside. 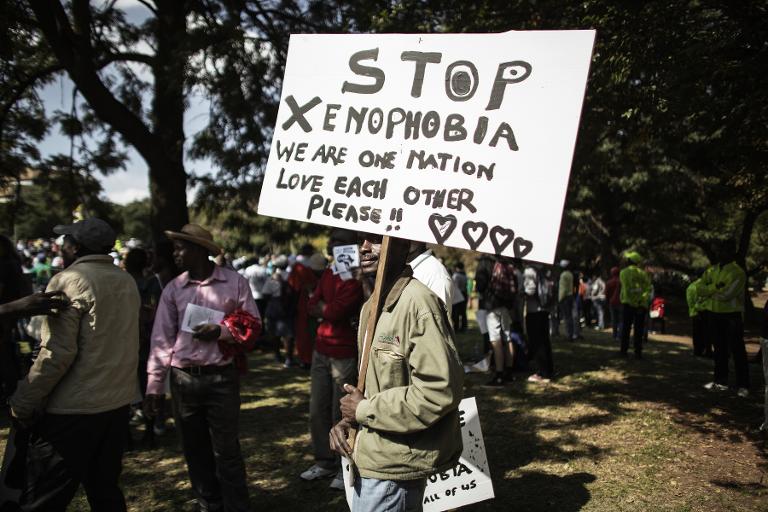 AFP / Gianluigi Guercia
A demonstrator holds a banner in Johannesburg on April 23, 2015 during a march gathering several thousand of people to protest a recent wave of xenophobic attacks

Hundreds of South Africans and foreigners will march against crime, poverty and xenophobia in Pretoria on Wednesday.

The march will end at the Union Buildings. Temba Ncalo, chairperson of the Coalition of Civics Against Xenophobia, said: “We are a coalition of communities representing South African-born and foreign-born residents.

“Like all communities, we are frustrated with the serious social problems we face, such as crime, poverty and unemployment.

“But xenophobia is not the answer to our problems. In fact, it is a symptom of these very problems,” Ncalo said.

He said the coalition needed to build a mass movement to take up the issues of wages, service delivery, housing, support for small businesses and job creation, and to work against the exploitation of foreign workers.

“Such a movement can only be built on the unity of our communities,” he said.

The marchers want to hand over a memorandum to an official from the office of President Jacob Zuma.

“We want government to address the issues of unemployment, crime, human trafficking and drug peddling so that the problems with xenophobia in the country subside,” Ncalo said.

“We will give the government 10 days to respond and failure to do so will result in foreigners and locals jointly occupying all the highways and freeways in the country until these issues are addressed.”