Their ruling followed an application by the Helen Suzman Foundation, which argued that Nhleko's decision was unlawful and irrational. Police Minister Nathi Nhleko answers questions from the media at a news conference during a visit to the provincial head office of the SAPS in Parktown, Johannesburg, Tuesday, 19 August 2014. Picture: Werner Beukes/SAPA

There was direct evidence that Major-General Berning Ntlemeza lacked the requisite honesty, integrity and conscientiousness to occupy the position as national head of the Hawks, a full bench of the High Court in Pretoria has ruled.

Judges Peter Mabuse, Jody Kollapen and Selby Baqwa on Friday set aside Police Minister Nathi Nhleko’s decision to appoint Ntlemeza as head of the Hawks despite two judgments finding that he was dishonest, had lied under oath and lacked integrity.

Their ruling followed an application by rights groups the Helen Suzman Foundation and Freedom Under Law, which argued that Nhleko’s decision was unlawful and irrational. Judge Elias Matojane made the scathing remarks about Ntlemeza’s conduct when he set aside the then acting Hawks head’s decision to suspend Gauteng Hawks head Anwa Dramat for his alleged involvement in the illegal rendition of a group of Zimbabwean nationals in 2010 and refused Ntlemeza leave to appeal.

The court found the police minister’s failure to take Judge Matojane’s remarks into account was “a quintessential example of the minister completely ignoring and brushing aside remarks by a court”.

“The judgments are replete with the findings of dishonesty and mala fides against Major-General Ntlemeza.

“These were judicial pronouncements.

“They therefore constitute direct evidence that [he] lacks the requisite honesty, integrity and conscientiousness to occupy the position of any public office, not to mention an office as important as that of the national head of the DPCI, where independence, honesty and integrity are paramount qualifies,” Judge Mabuse said.

He said Judge Matojane’s findings against Ntlemeza were definitive and remained intact until the findings had been appealed against successfully.

He said the judicial pronouncements were directly relevant to the question if Ntlemeza was a fit and proper person for such high office if one considered his conscientiousness and integrity, and the absence of these requirements disqualified him from being appointed.

Judge Mabuse said the minister had clearly been aware of the judicial remarks, but took the view that he could ignore it and simply brushed aside a considered opinion of a superior court.

Ntlemeza and HSF had faced off in court on several occasions after Dramat’s suspension. Dramat has since resigned. KwaZulu-Natal Hawks head Shadrack Sibiya and Gauteng Hawks head Johan Booysen have also been involved in protracted legal battles after they were suspended in connection with the rendition.

Zondo commission to consider sitting in the evenings, adding extra hours
1 year ago
1 year ago 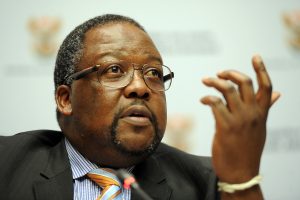 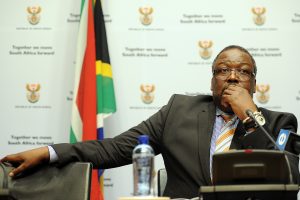 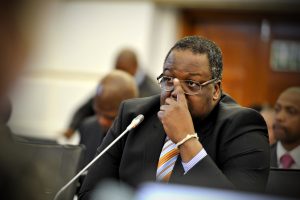 Zondo commission to consider sitting in the evenings, adding extra hours
1 year ago
1 year ago