The judge said any emergency was entirely self-created, and even if she found their application was urgent, it was clear that it could not be finalised today. 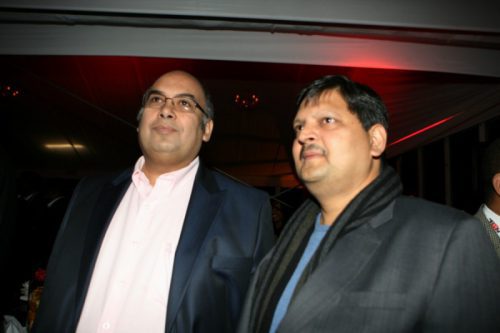 An application by Gupta-linked Vardospan to force the reserve bank, registrar of banks and finance minister to make a decision about their bid to buy a bank was not urgent, the High Court in Pretoria has ruled.

Vardospan launched its application just a day before its contract with Pitcairns, the majority shareholder of the Luxembourg-based Habib Overseas Bank, would lapse, saying seven months had already passed without any decision being made about their bid to buy the bank.

The Competition Commission has approved the transaction, saying it was unlikely to substantially lessen competition and that there were no public interest concerns that would arise.

Vardospan was incorporated as a holding company by businessmen Hamza Farooqui and Salim Essa, a director of VR Laser Services, a company partly owned by the Gupta family’s Oakbay Investments.

The now former finance minister Pravin Gordhan and Oakbay are locked in a legal battle about Oakbay’s alleged attempts to pressurise the minister to intervene in the decision by South Africa’s four major banks to close Oakbay’s bank accounts.

National Treasury director-general Lungisa Fezile said in court papers Gordhan could not make a decision because he was not yet satisfied that there were no grounds for suspicion about the transaction.

He said Vardospan and its shareholders, Pearl Capital (controlled by Farooqui) and Essa’s CINQ Holdings, were all newly established companies with no track record or financial history.

The financial strength of Vardospan also depended primarily on the shareholdings of Essa in Tegeta Exploration and Resources, Trillian Capital Partners and VR Laser Services – all three of which were mentioned in former public protector Thuli Mandonsela’s state capture report.

Judge Ronel Tolmay said Vardospan knew at least from January that no decision had been made, yet only approached the court at the 11th hour.

She said the contract with Pitcairns had been extended before and there was no evidence that Vardospan had applied for a further extension and that it was refused.

She said any emergency was entirely self-created and even if she found their application was urgent, it was clear that it could not be finalised today, let alone for the respondents to comply with any court order before the deadline.