According to a report, Mashaba says ‘reliable sources’ have told him the Hawks boss gave orders for corruption cases in Joburg not to be probed. 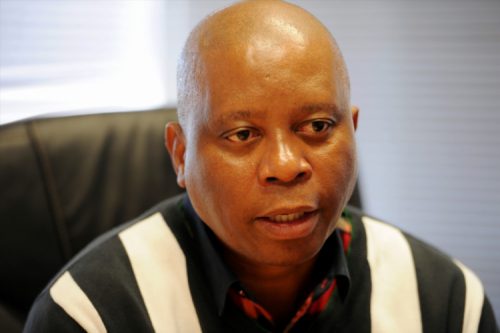 According to a News24 report, Mashaba claimed that reliable sources had informed him that Ntlemeza had ordered that any cases the City opened should not be investigated and should rather be referred to his office.

“I received information that General Ntlemeza has given instructions for Hawks officers not to investigate corruption cases in the City of Johannesburg.

“I am very concerned about this. I don’t run the city in my name only. I run it on behalf of the residents. I find this unacceptable,” Mashaba was quoted as saying.

The Joburg mayor said the information he had received confirms that there is a problem with investigating numerous cases his administration had opened with the Hawks since last year because nothing had been done by the Hawks.

In response to Mashaba’s allegations, the Hawks described them as “pure nonsense”, saying the unit had never had any engagement with the mayor.

Hawks spokesperson Lieutenant-Colonel Robert Netshiunda said they did not know where Mashaba got his information from, while warning him to focus on his office’s duties.

“If the mayor has agents within the DPCI [Hawks] or elsewhere who are feeding him with wrong information pertaining to the Hawks, the mayor is hereby warned to focus on his responsibilities and leave serious investigations in the capable hands of the Hawks,” Netshiunda said.

He also said South Africans were happy with the position taken by the Hawks to fight corruption in the country’s municipalities, saying Mashaba should not dictate to the Hawks how they should do their job.

“Mr Mashaba, instead of forcing his nose where it does not belong, he should be focusing his energy on rooting out corruption in his municipality by reporting such to the Hawks.”

Mashaba has apparently indicated he was not scared to institute private prosecutions and that he had talked to his lawyers about the possibility of opening a case of defeating the ends of justice against Ntlemeza.

We’re prepared to go the trenches against Guptas, says Pityana 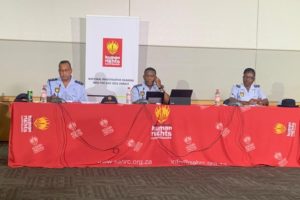 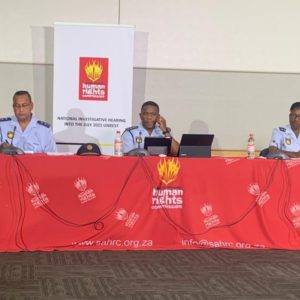