Save SA thanks SA marchers after ‘Zuma must fall’ protest

'We are particularly pleased that the protests took place peacefully, and that no one was hurt.' 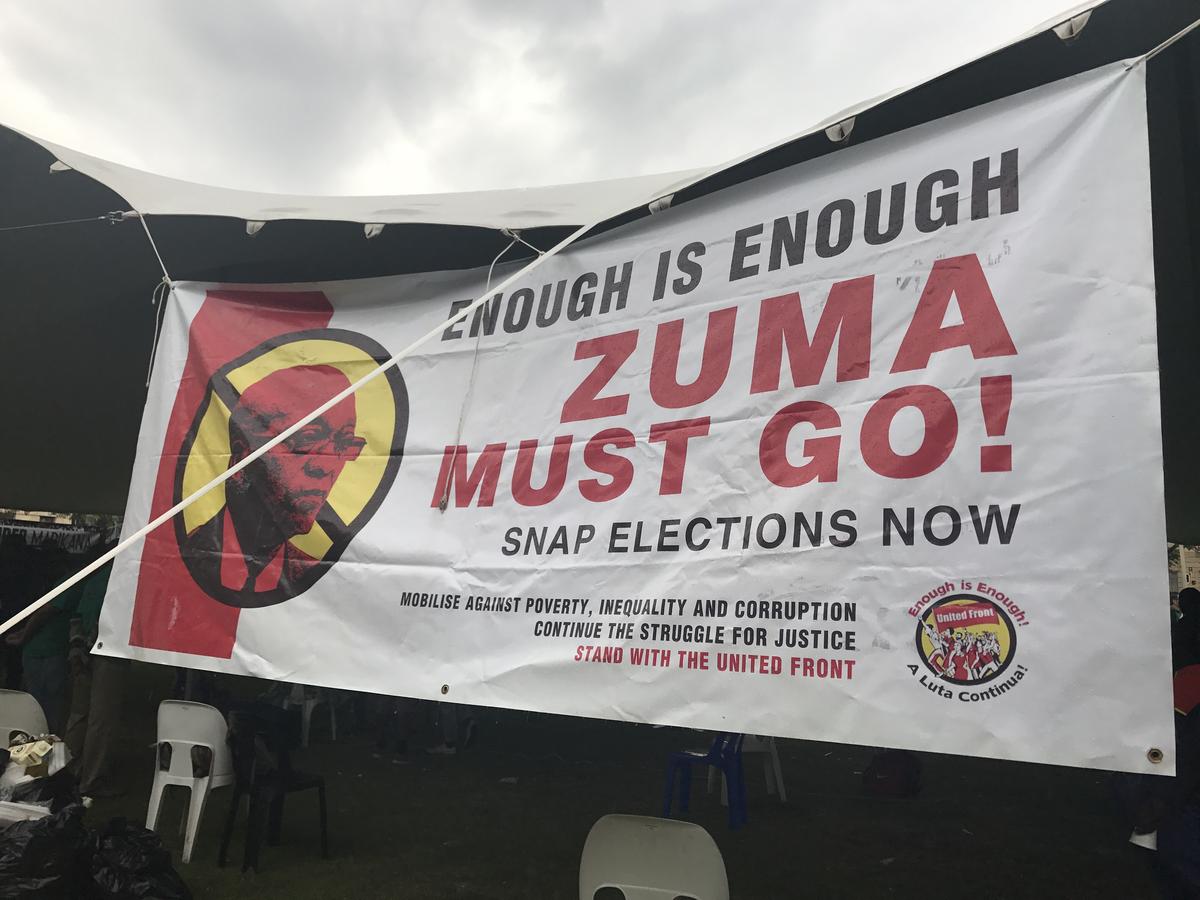 After a successful national march, the Save South Africa campaign expressed their gratitude to all the people who took to the streets on 7 April to ask for President Jacob Zuma to step down.

Temba Masongo of Save SA stated that their protests in Pretoria, Cape Town and Port Elizabeth drew massive crowds and they believed that they sent a clear message that civil society was sick and tired of his Zuma’s misrule and that he must get out of office.

He also extended his gratitude to those who organised their own protests, in cities and towns such Cradock, Prince Albert, King William’s Town and Bloemfontein.

“We are particularly pleased that the protests took place peacefully, and that no one was hurt,” Masango said.

Masango said the captain of the police in Pretoria said the number of people who were in the march at the Union Buildings was about 40 000.

“This augurs well for the growing number of protests planned as we move towards 18 April, when Parliament will debate the ninth vote of no confidence in Zuma,” Masango said.

He added that they are very encouraged by the number of organisations who had expressed support for future rolling mass action.

“We would like to thank those who supported the camp, #VukaniMzansi1, in Church Square by providing toilets, security, food, tea and coffee and by visiting the camp, often from afar, to express their support,” Masango said.

He said: “We salute those activists who gave up their time to stay and manage the camp and are grateful for the volunteers who assisted us, as well as the many who made cash donations, and contributions in kind.”

He said Save SA wanted to thank law enforcement agencies for their efficient handling of the logistics around the protests, and for ensuring that South Africans were able to make their voices heard in safety.

“Having said this, we are increasingly concerned at a trend of attacks and intimidation against those exercising their right to protest against Jacob Zuma’s corrupt rule,” he said.

He continued to say that their calls for violence, attacks on protesters and their illegal wearing of military uniforms needed to be condemned and that there had to be pressure placed on the ANC to ensure its supporters were able to show the same levels of discipline as those exercising their right to peaceful protest.