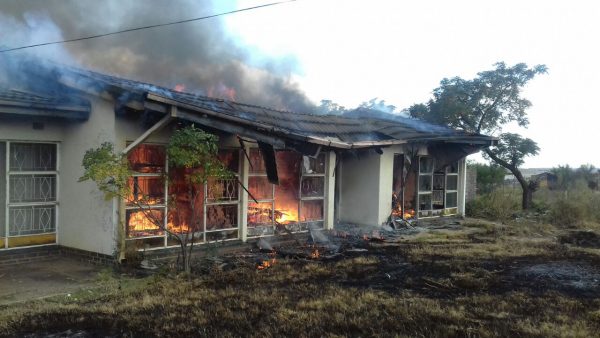 A house was set alight during violent protests in Coligny on Monday afternoon. Picture: Steven Tau

A large number of police was deployed outside the Coligny Magistrates Court in North West on Friday morning ahead of the appearance of two white farmers accused of the murder of a 12-year-old boy.

The boy died on April 20 after he allegedly fell off, or jumped from, a bakkie driven by a farmer. The farmer allegedly accused the boy of stealing a sunflower from his farm.

Farmers were seen grouping outside town, while community members stood in a group a few metres from the court.

Watch people protesting in Coligny below

Two die, dozens in hospital after food poisoning at funeral in Kagiso
9 hours ago
9 hours ago

Two die, dozens in hospital after food poisoning at funeral in Kagiso
9 hours ago
9 hours ago