‘This hall is the only heritage we have and if we allow it to be demolished, our history goes down with it. 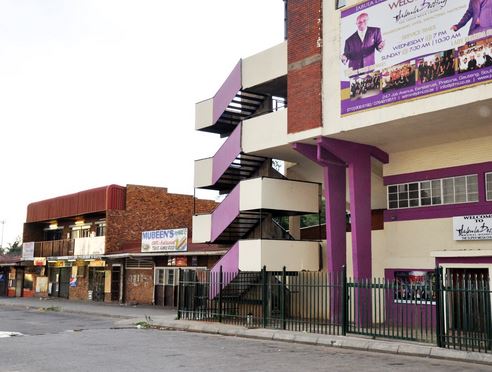 Eersterust residents plan to reclaim their former community hall and convert it into a museum. It will depict the history of the small coloured community east of Pretoria.

The community developed after coloured residents were forcefully removed from areas around Pretoria during the apartheid era in terms of the Group Areas Act.

Pastor Audy Hendricks, who is also a community activist, said the hall was erected during the 1960s but due to negligence, it’s become dilapidated.

The community wants it to be declared a historical building and a museum that exhibits their history to international tourists.

“This hall is the only heritage we have and if we allow it to be demolished, our history goes down with it. We are currently in the process of arranging the data to film a documentary of our history and it will be shown to visitors and tourists at the museum,” he said.

“This building was rented to individuals on a 99-year lease and as such, the lessee never did any maintenance work. For 20 years the building has stood in this pathetic condition,” Hendricks said.

Hendricks and a newly elected museum committee say the hall was used as a place of safety during disasters like the floods that hit Highlands Park.

It was also used as a theatre, a cinema and a skills development and training centre. Later it was used as a venue for karate, ballroom dancing and ballet lessons, and for religious activities.

Hendricks said the committee had already started clean-up operations. “An engineer was also invited to inspect the building.

“The building, as well as the roof, is still in very good condition and only needs a little love and attention.”

He said they would let community members use the parking area to generate income. There would be a carwash, a tea garden and a flea-market over weekends.

The committee will meet representatives from the City of Tshwane town planning committee this week to discuss the matter, Hendricks said.

Details: This is what Coligny boy died of