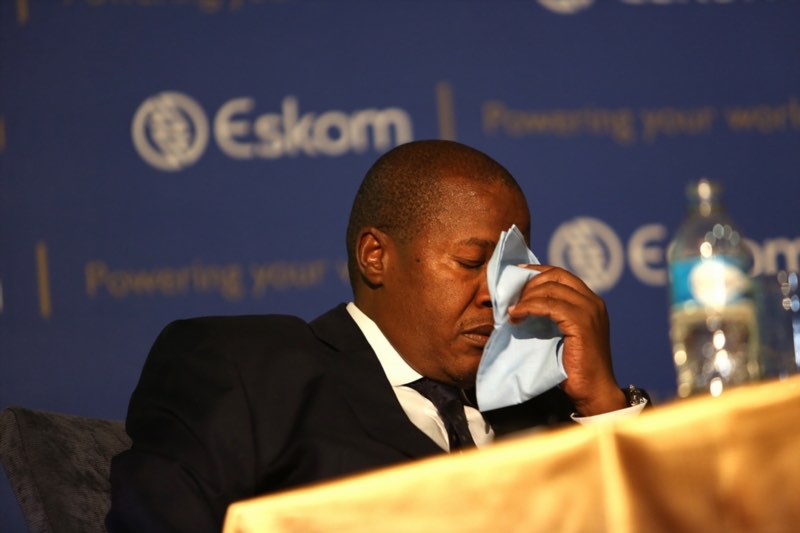 The shock reappointment of Brian Molefe as group chief executive of power utility Eskom has not gone down well with political parties and trade unions.

The ANC reacted quickly to the announcement by the Eskom board this morning, saying Molefe had failed to clear his name after being implicated in former public protector Thuli Madonsela’s report.

The State of Capture report detailed the close relationship between Molefe and the Guptas and how key decisions were taken by Molefe, as the head of Eskom, for the ultimate benefit of the controversial family. The report detailed how Molefe called Ajay Gupta 44 times, and Ajay Gupta called Molefe a total of 14 times in eight months. Molefe can further be placed in the Saxonwold area on 19 occasions between August 2015 and November 2015.

Earlier, EFF national chairperson Advocate Dali Mpofu reacted to the news by tweeting he was not aware it was April Fool’s again.

The DA released a statement a while ago, in which it said: “The return of Brian Molefe to Eskom is a monumental disaster for the power utility, which is currently in a dire state of affairs and surrounded by a swirling cloud of Gupta-linked corruption allegations as a result of Molefe’s tenure.”

The party said it would write to the chair of chairs, Cedric Frolick, to ask that the public enterprises committee launch a full-scale parliamentary inquiry into Eskom.

DA shadow minister of public enterprises Natasha Mazzone-Michales said it was likely Molefe was returning to Eskom to ensure that the Guptas got a stake in the forthcoming nuclear-procurement deal. The Western Cape High Court recently nullified all nuclear deals the government has signed.

Eskom has not officially taken this report on review at the time of reappointing Molefe. The Citizen forwarded a list of comprehensive questions to Eskom, as required by the utility.

When asked to explain the rationale for this decision, Eskom said “in accordance with the minister’s instructions, the parties attempted to find a mutually acceptable pension proposal. The parties were unable to reach such agreement. The board therefore rescinded its approval of Mr Molefe’s early retirement application.”

As a result, and with the minister’s consent, Molefe’s contract of employment was reinstated.

“Therefore, he will resume his duties as Eskom’s group chief executive officer on the terms of his original employment agreement. Molefe’s contract of employment will automatically terminate, unless otherwise extended, on 30 September 2020.”

Eskom further revealed to The Citizen that “the consequence of the rescission is that he pays back the pension amount (about R7 million) which had already been paid to him by the end of this year. He returns to his term employment and there are no additional terms. Though the objective circumstances have resulted in his reinstatement, the board is very excited to have a skilful leader like Molefe back to the employ of Eskom.”

In the past, the power generator and distributor to the country and other SADC countries has been mired in controversies that included the Progressive Professionals Forum (PPF) receiving R440 000 in “sponsorships” from Eskom under Molefe’s watch.

R1 billion worth of contracts are being investigated. These contracts were allegedly awarded by current acting CEO Matshela Koko to Impulse International, a company of which his stepdaughter is a director.

Eskom bosses received R18.3 million in short- and long-term performance bonuses in 2016, and this week Eskom confirmed to parliament that PwC handed the utility a forensic report that highlighted irregularities in the awarding of a coal supply contract to Tegeta, a Gupta-linked company.

The department of public enterprises’ phone rang without being answered.