The ANC stalwart says NEC members must do everything in their power to resolve issues of state capture and leadership problems in the party. 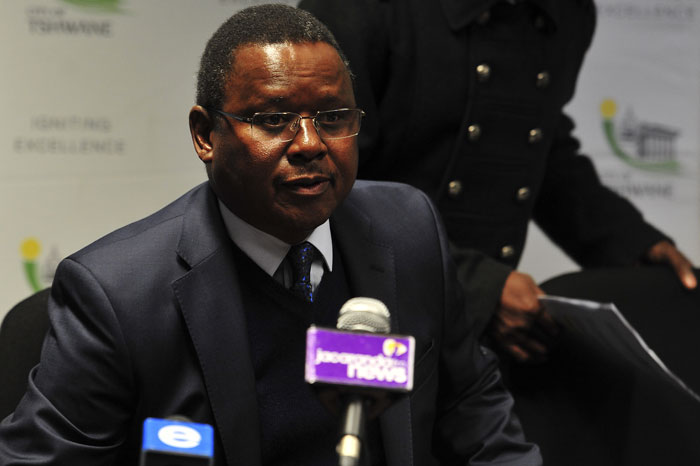 Reverend Frank Chikane arrives at a media briefing on 21 October 2013 in Pretoria where he spoke on the outcomes of talks between the City of Tshwane and Schubart Park residents. Picture: Christine Vermooten

With widespread speculation ahead of the African National Congress’ national executive committee (NEC) on Friday evening that some members of the structure might force President Jacob Zuma to step down, ANC stalwart Reverend Frank Chikane says NEC members have no choice but to act by removing Zuma from power.

In an interview with Talk Radio 702’s Xolani Gwala on Friday morning, Chikane said the NEC – the governing party’s highest decision-making body – must do everything in its authority to resolve issues of state capture and leadership problems within the party.

He said members of the NEC had the responsibility to give confidence to South Africans that the ANC was the leader of the nation.

“If they don’t address these issues, they would have failed the nation. And this time I think it’s the only opportunity the leadership has got. If they fail than they must take responsibility for the demise of the organisation.

“… The demise of the ANC will have a negative impact on the country, that’s why the document of the stalwarts is titled: For The Sake Of Our Future. We have to fix this, so they don’t have a choice,” he said.

Chikane is part of a group more than 100 ANC stalwarts and veterans who have criticised the current crop of leadership under Zuma.

They called for the ANC to hold a separate national consultative conference, but the party’s officials have set aside two days of the ANC’s policy conference in June to discuss organisational renewal. On Thursday, the group wrote a formal letter to the NEC to recall Zuma.

The ANC’s NEC is meeting for the first time since Zuma’s much-criticised midnight Cabinet reshuffle in March, which saw Pravin Gordhan and Mcebisi Jonas fired from the finance ministry, and the country downgraded to junk status by two global credit-ratings agencies.

Both the SACP and Cosatu have called for Zuma to resign stemming from the reshuffle and a slew of scandals that have dogged his presidency and allegations of state capture by the controversial Gupta family, his alleged benefactors.

The trade union federation, which is the biggest alliance partner of the ANC, on Tuesday, took an extraordinary move by barring Zuma from addressing its central committee meetings and future events. Cosatu will reportedly make a formal request to the ANC that Ramaphosa should attend and address its gatherings.

Cosatu also endorsed the deputy president as Zuma’s successor when his term ends as ANC leader later this year in December, while Zuma has publicly backed former AU chairperson Nkosazana Dlamini-Zuma to succeed him.

This is despite the ruling party’s decision to ban its members from making pronouncements on its leadership race before the ANC formally opens its succession debate.

Daily news update: Zuma to lay charges against Downer, SIU vs Mkhize and Eswatini protests
3 hours ago
3 hours ago

Daily news update: Zuma to lay charges against Downer, SIU vs Mkhize and Eswatini protests
3 hours ago
3 hours ago