The DA was protesting to raise awareness about the recent scourge of violence against women and the LGBTI community. 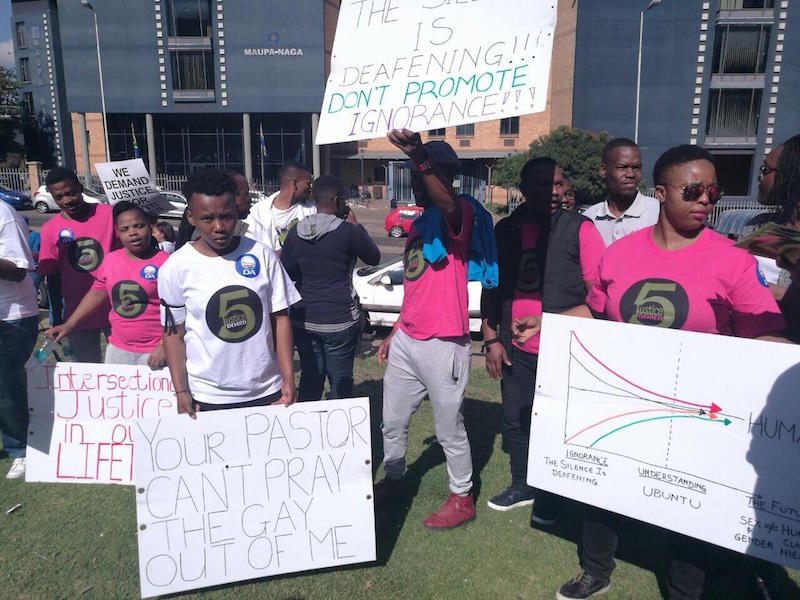 “Your pastor can’t pray the gay out of me.”

This was the message on one of the placards held by members of the lesbian gay bisexual transgender and intersex (LGBTI) community during the Democratic Alliance protest outside the South African Police Service (Saps) headquarters in Pretoria yesterday.

The DA was protesting to raise awareness about the recent scourge of violence against women and the LGBTI community.

DA Gauteng community safety spokesperson Michelle Clarke said she was ready to work and prioritise the safety of women and the LGBTI community in the province. She added that women in SA had lost confidence in the police and no longer reported rapes. 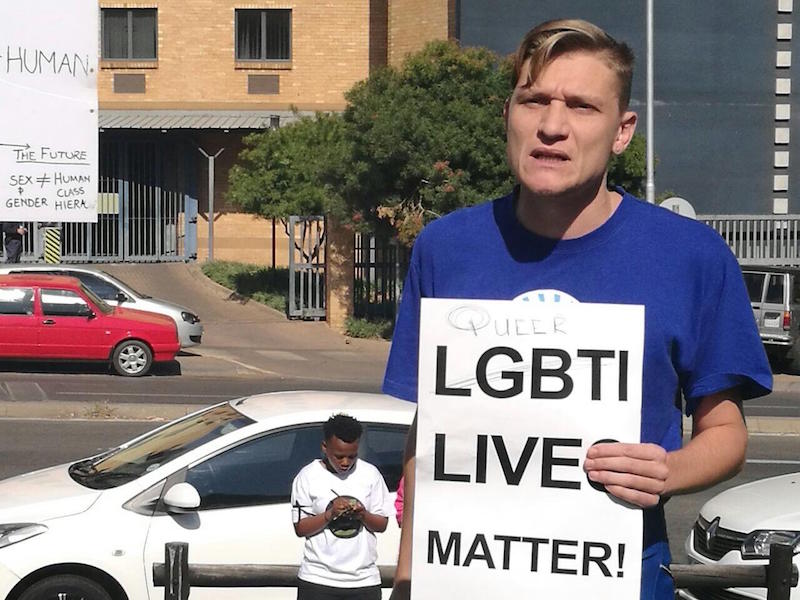 “They claim that the front desk personnel at police stations are not well trained to deal with cases of rape. “They arrive at the police station and they’re not well treated. Some women are even told to go sort out their issues with their families and told no case would be opened,” Clarke said.

She said the same went for domestic violence.

“The police also have to change their attitude on how they deal with domestic violence,” she said.

About 70 women and members of the LGBTI community held up placards that read “Protect our girls”, “Take hate crime seriously” and “All the killers must be denied bail”.

According to Clarke, there were a number of cases related to the LGBTI community which were reported to the police, but were never resolved and the victims were never given feedback. “I’ve asked the LGBIT community to provide me with their case numbers.

Everyone here who has reported a case but has not received feedback, I will make sure they get information.”

Lerato Phalakatshela from the LGBTI community said they were a vulnerable group that needed to be given more attention.

She said police should stop ridiculing them when they reported their cases.

Twitter has a field day with Tiger Woods’ mugshot