When asked who the liar was in the story, the minister quipped: 'I am sorry to say, but he [the husband] is a flamboyant character.' 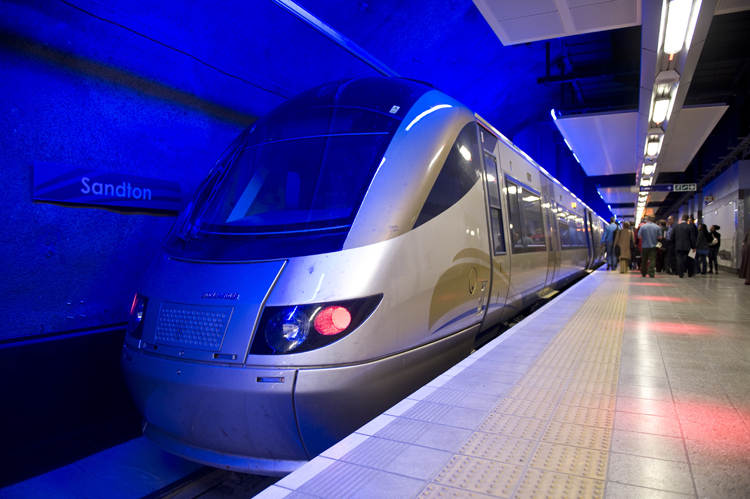 FILE PICTURE: The Gautrain as it arrives at Sandton station for a trip to Centurion Station. Picture: Michel Bega

Allegations that Francine Ngalula Kalala gave birth at Gautrain Park Station a few weeks ago because she was turned away from government medical facilities are not true, according to the health minister. He says Kalala did not go to any of the hospitals earlier this month, as was claimed in The Star and Pretoria News.

Health Minister Dr Aaron Motsoaledi, who himself ran a successful surgery in the small town of Jane Furse, in Limpopo, before entering politics full time as an MEC, said he was “shocked” and “angry” when he read the report yesterday.

So infuriated was Motsoaledi when speaking to the media this morning that he was uncharacteristic in his approach – he revealed hospital records that showed the report could have been a fabrication.

“I immediately called Steve Biko Academic Hospital where I get treated, and consulted Gauteng MEC of health [Dr Gwen Ramokgopa], who assembled her quality assurance team to assist,” he said.

What Motsoaledi discovered was nothing untoward in the healthcare professionals’ conduct. Kalala was told at one Pretoria hospital that if she felt no pains around May 7, she must go to the hospital. A possibility of a Caesarean birth was hinted at.

Motsoaledi said that was when she “bolted”.

“She told the midwife that she has given birth before at Edenvale Hospital. She said it was nice there because she managed to give birth naturally. She did not want Caesarean birth,” Motsoaledi revealed.

That contrasts media reports saying it was her first time giving birth in the country. The minister further revealed she had been receiving prenatal care in Cape Town before moving to Gauteng.

“We looked at records of Steve Biko and Charlotte Maxeke, and even checked CCTV footage. Charlotte Maxeke then called her yesterday, and she came to the hospital, and this is when she confirmed to nurses that she had never been to any of the hospitals,” he explained.

The only waiting Kalala endured was the mandatory six-hour observation period new mothers undergo. In this case, Motsoaledi disclosed that a senior midwife called Hillbrow Clinic for Kalala to be transferred there because “academic hospitals are too busy” to be kept in observation.

The CEO and clinical director of one of the hospitals she claimed to have been turned away from are both non-South Africans. The CEO is a naturalised citizen from East Asia, while the clinical director is a medical doctor from Burundi.

“They both said to me, doctor, but how can as people who sought refuge in this country turn away patients seeking medical care. That does not make sense,” he added.

Asked who the liar was in this story, considering that Kalala herself was frank with Charlotte Maxeke personnel about the story behind the story, the minister fingered Kalala’s husband.

“I am sorry to say, but he is a flamboyant character,” he quipped.