Sardines netted in Scottburgh raising hopes of a winter run

It looks like the ‘greatest shoals’ are starting to arrive. 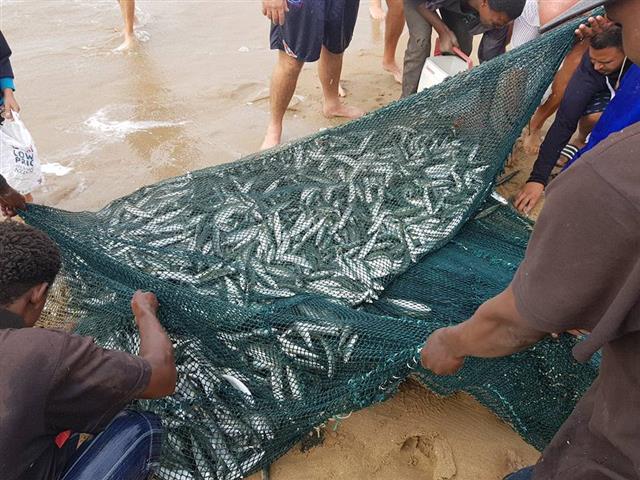 Around 100 crates of sardines were netted on the Scottburgh Beach at about lunchtime on Wednesday, reports the Northglen News.

Many suggest the haul signalled the start of this year’s sardine run.

However, KwaZulu-Natal Sharks Board head of operations, Mike Anderson-Reade, said it was a bit premature to say the run had started.

“It is highly likely that some, but not all of these, are sardines (pilchards). These shoals were not accompanied by the normal predator activity. The Sharks Board will be undertaking a flight tomorrow to see if any shoals can be seen further southwards. It is very generally difficult to try and predict the movement of these fish especially when they move in from deep offshore which we suspect was the case this morning. The next day or so should give us a better understanding of whether the netting this morning was a once-off or a sign of more to come.

“Shark safety gear has been removed from Scottburgh, Umgababa and Karridene at this stage. All the other shark safety gear along the coast remains in place and beaches are open for bathing,” he said.

The sardine run occurs from May through July when billions of sardines spawn in the cool waters and move northward along the east coast of South Africa.

Watch the video that was posted on the I Love Durban Facebook page:

Netters hauled in about 120 crates of sardines at Scottburgh beach half an hour ago, signalling what could be the start of the 2017 sardine run, reports the South Coast Herald.

According to KwaZulu-Natal Sharks Board head of operations, Mike Anderson-Reade, there is quite a bit of fish-related activity between Scottburgh and Mtwalume. 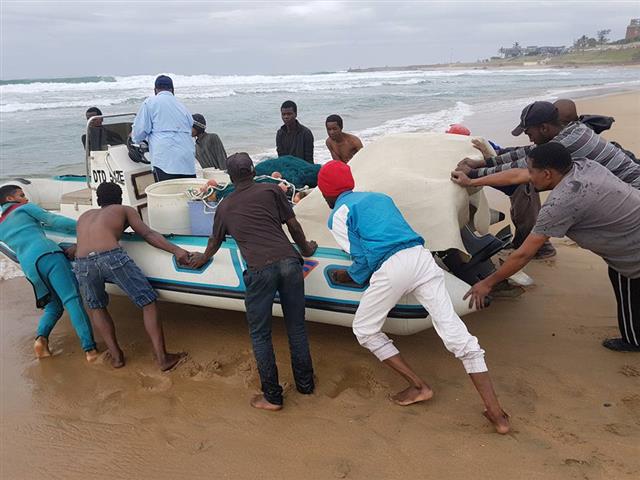 Initial reports were that most the shoals seemed to consist of mackeral and red eye, but news has just come in about more small patches of Natal sardines closer to shore in the Scottburgh area, so more nettings could take place there on Wednesday. 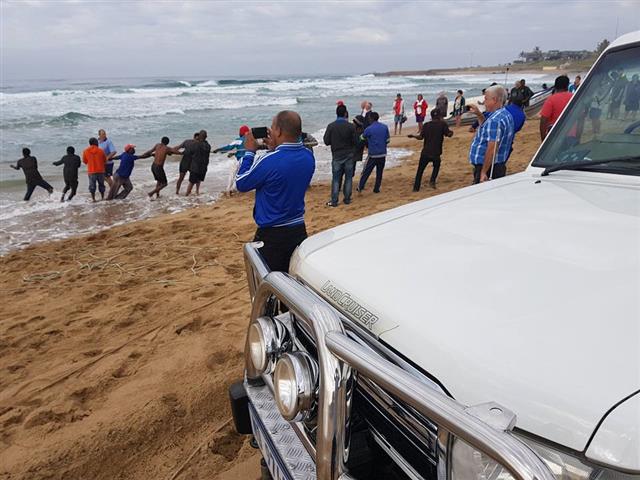 All the shark safety gear has been removed from Scottburgh beach and the sharks board is monitoring the situation closely all along the coastline.