The ruling overturned a 2015 judgment that labour brokers and their clients were 'dual' employers.

Lawyers for Human Rights (LHR) have welcomed a Labour Appeal Court ruling this week upholding the rights of vulnerable employees from abuse by labour brokers.

The court found that sections 198(3)(b)(I) of the Labour Relations Act (LRA) restricted the application of Temporary Employment Services (TES), also known as labour brokers, to genuine temporary employment and protected the rights of placed workers.

LHR said the effect of the ruling was that after three months, an employee of a labour broker could be deemed the employee of the client company only.

The ruling overturned a 2015 Labour Court ruling by acting judge Martin Brassey that labour brokers and their clients were “dual” employers.

The campaign against labour broking resulted in amendments to the Labour Relations Act, which came into force on January, 1 2015, and provided significant new rights for labour broker workers.

A new section 198A under the amended act stipulates that after three months, a labour broker worker would become permanently employed by the client company.

However, these new rights were thrown into jeopardy in September 2015 when acting judge Brassey ruled that labour broker workers would still remain employees of the labour broker, while at the same time being the ‘deemed’ workers of the client.

LHR represented Casual Workers Advice Office (CWAO), who made submissions as a friend of the court before the court in the matter, arguing that Brassey’s interpretation was wrong because it did not protect labour broker workers in the way the law intended.

The court clearly states in its judgment that the intention of section 198(a) of the Labour Relations Act was to “free the vulnerable worker from atypical employment by the TES”.

“The plain language of section 198A(3)(b) of the LRA … unambiguously supports the sole employer interpretation,” the court said.

LHR said the ruling was a major victory for labour broker workers who could now look to the client company as their employer, who must treat them not less favourably than other workers, take responsibility for unfair dismissals and must even bargain with them. 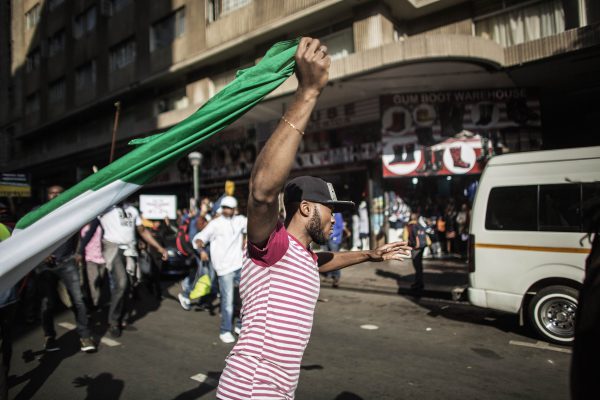