The party’s decision ‘to go it alone’ is essentially a warning shot at the ANC to get its house in order, analysts say. 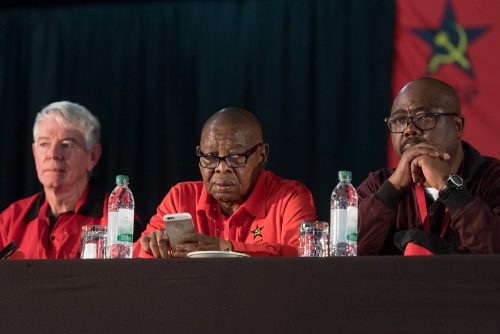 The resolution taken by the SA Communist Party (SACP), to contest for state power independently is a warning to the ANC that if it does anything stupid, it risks losing one of its alliance partners for good, according to political analyst Ralph Mathekga.

Speaking to The Citizen yesterday, Mathekga further described the resolution as a statement of intent.

“However, they will be assessing the possible repercussions of going it alone while also waiting for the outcome of the ANC’s elective conference later this year. As things stand, should Nkosazana Dlamini-Zuma, one of the presidential contenders emerge victorious at the party’s elective conference, then the SACP would most likely go it alone,” said Mathekga.

Another political analyst, Professor Andre Duvenhage, said it would not be easy for the SACP to contest state power independently, saying they would vigorously have to embark on campaigns, especially at grassroots level, as they are viewed as a vanguard party for the elite.

“What the SACP is saying with the latest resolution is that, should the Zuma camp retain power, they will leave the ANC-led tripartite alliance, but if Cyril Ramaphosa’s camp wins, they can still work with him. The SACP is also aware of a strong possibility that the ANC could lose power in the 2019 general elections if the Zuma camp remains in power after the elective conference in December.”

When contacted for comment yesterday, ANC spokesperson Zizi Kodwa said they welcomed the commitment expressed by the SACP that they still had the desire to remain part of the alliance.

“We have also noted the resolution taken on the possibility of contesting state power, something that they have done in previous congresses. We are planning a meeting with the SACP soon to discuss, among other things, the implications a move from the alliance would have,” he said.

Kodwa said they did not view the latest resolution as a warning shot fired at the ANC.