Mduduzi Manana may still be arrested this week

Reports have indicated he could make an appearance by Friday. 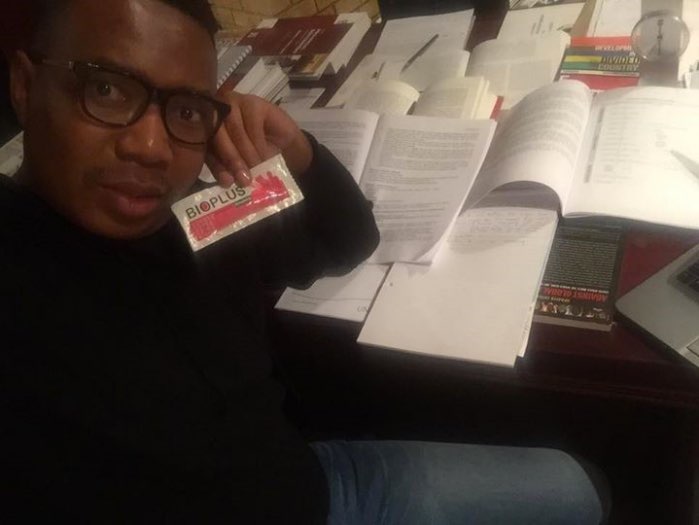 Deputy Minister of Higher Education and Training Mduduzi Manana shows a Bioplus sachet which he uses to boost his energy to study. Picture: Facebook

Deputy Higher Education Minister Mduduzi Manana is being subjected to legal process, according to the police department, after he assaulted a woman during an altercation at a nightclub last weekend.

EWN reported on Wednesday afternoon that Police Minister Fikile Mbalula said Manana would appear in court this week still, though it was not known which court and when exactly. It reported he had been notified to make an appearance.

After footage of the incident circulated on social media, Police Minister Fikile Mbalula took to Twitter to declare: “No one is above the law irrespective of their position in society.”

“The investigation is at an advanced stage and as soon as that is done, the docket will be handed over to a senior public prosecutor.”

On Tuesday, he had told News24 that an arrest could happen “in the next few days”.

Although Manana has since issued a public apology, admitting to having assaulted the woman after “extreme provocation” – the woman allegedly called him gay – Mhaga said a confession was not enough for a solid case.

“We need to get all the facts from everyone in order to ensure a successful prosecution.”

Earlier this week, the Economic Freedom Fighters called on Manana to resign and hand himself over to the police.

But Mhaga said  this was not necessary, as it would not guarantee a successful prosecution.

Education activist Hendrick Makaneta issued a statement in Manana’s defence, suggesting the deputy minister did not deserve the public scrutiny he was being subjected to.

“Most South Africans are very quick to jump to conclusions when they hear  a woman has been slapped by a man, but they often turn a blind eye when a woman abuses a man,” he said.

“Perhaps this has to do with the brutal history of apartheid during which women suffered greatly, especially the triple oppression of women.

“Please don’t get me wrong, I am in no way trying to justify women abuse in society, but the same society does not care much about men who are abused emotionally or physically by women.” – simnikiweh@citizen.co.za