He said the plant has shown a 'remarkable' positive effect in treating Dravet syndrome. 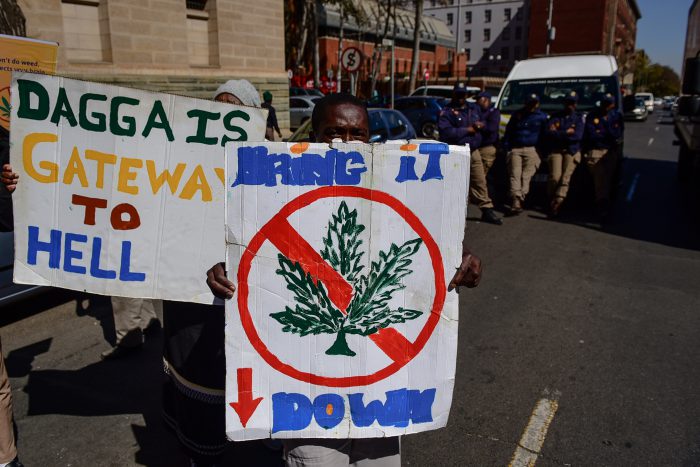 Cannabis has proven to reduce severe seizures in children, control side-effects of chemotherapy and has the ability to reduce chronic pain.

According to British psychiatrist and neuropsychopharmacologist Professor David Nutt, people suffering from chronic pain would prefer to switch to cannabis than prescription opium medication as opium treatments have killed more patients in the US than heroine.

Speaking as an expert witness before the High Court in Pretoria on day 12 of the “dagga” trial, he said about 30 000 people in the US are killed each year from opium-derived medication, which is not very effective.

Visual analogue scales used in research, where people scored their pain, showed that chronic pain reduced after use of cannabis, Nutt said.

“People would prefer to switch to cannabinoids as they are more effective. [Therefore], there is a huge reduction of the likelihood of people dying from opioids,” he said.

Nutt further explained there was conclusive evidence that cannabis treated symptoms of nausea and vomiting caused by chemotherapy treatment on cancer patients.

He said the plant had shown a “remarkable” positive effect in treating Dravet syndrome, a severe form of childhood epilepsy.

This was proven by what is known as Charlotte’s Web, a medical cannabis treatment under American law.

The treatment was named after Charlotte Figi, an 11-year-old girl who suffered from at least 50 seizures a day, who showed a reduction of seizures after her first intake of cannabis.

“This one is the most remarkable. Her parents had to break the law and took her out of the state to get the medication. [Cannabis] is saving lives. Charlotte was eventually weaned off other epileptic drugs,” he said.

Overall, 66% of Americans have substituted prescription drugs with cannabis, while 40% have replaced the use of alcohol with the plant.

“There are less side-effects, less withdrawal potential and people are self-medicating. They are using medical marijuana to try to deal with greater problems such as alcohol dependence and prescription drug abuse,” he said. – rorisangk@citizen.co.za