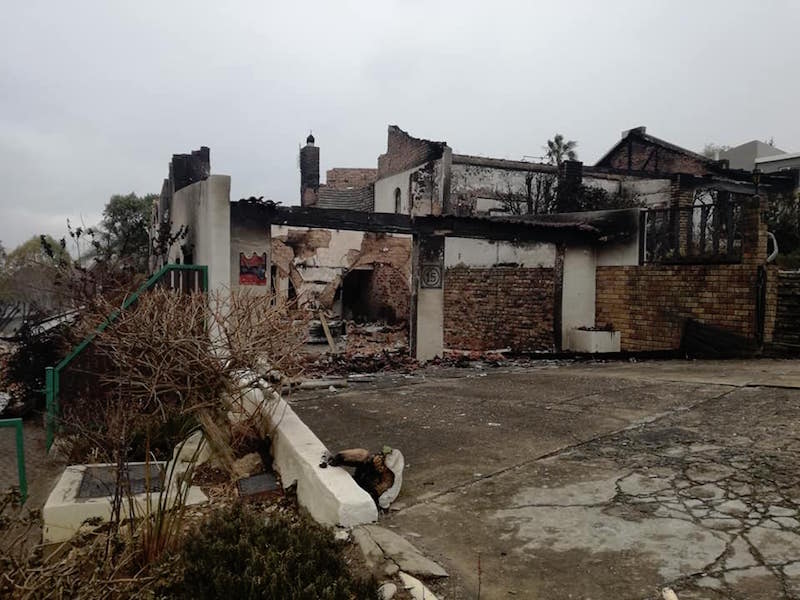 The country’s largest general insurer labelled the severe storm and devastating fires – that battered Cape Town and razed parts of the Southern Cape – in June as the worst catastrophe event in South African insurance history.

The insurance-related damage is expected to be around R3 billion, with Santam clients already having submitted claims totalling R800 million. It had a net impact of R234 million on the group during the six months ended June 30 2017.

Santam chief executive Lizé Lambrechts said the insurer had reserved fully for claims arising from the events in the interim period. “At the moment, we are comfortable – considering everything that we know – that we have reserved enough.”  A large portion of the claims have already been paid out, with the more complex claims currently under review, she added.

Uncertainty as to whether the storm and fire are to be treated as one event or two separate events has led to complications in agreeing to the losses with reinsurers. Santam believes the weather system that caused strong winds and damage in Cape Town also led to the development and spreading of the extreme fires along the Knysna coast but the cause of the fires is still under investigation. Due to the uncertainty, the losses were accounted for as two events in the group’s interim results. Lambrechts told Moneyweb that treating the losses as one event would allow the group to claim around R70 million more from reinsurers.

“The market was aware of the catastrophe limits, but of course there has been possibly two, and not one, event. As part of the catastrophe reinsurance cover, Santam would have taken sideways cover which should have covered them for multiple events,” said Rahima Cassim, a fund manager at Ashburton Investments.

An increase in large property claims, also related to damage caused by fires, weighed on the underwriting performance of its property division. It reported an underwriting loss of R415 million down from a profit of R18 million recorded in the first half of 2016. It suspects that the claims arise from maintenance and safety standards being compromised during tough economic times as its property division was also affected during the 2008/2009 economic slowdown. It is working to alleviate the risk.

A turnaround in its domestic crops and motoring business classes acted as a buffer.

After barely breaking even at R8 million in the first half of 2016, its crop insurance business delivered an underwriting result of R131 million as hail and El Niño drought claims abated.

On the motoring front, its MiWay unit “had its best six months of trading in the history of existing”. Its claims ratio improved to 55.4% from 63.1% and its underwriting profit increased to R179 million from R72 million.

It also benefited from a significant increase in investment income to R918 million from R555 million, largely realised through foreign currency gains following the winding up on Santam International.

Santam said the performance of its businesses that fall under Sanlam Emerging Markets – comprising Saham Finances in North Africa and the Middle East, and Shriram General Insurance in India – performed in line with expectations while Malaysia’s Pacific & Orient continued to experience negative growth in competitive market conditions.

“We would like to get more transparency and disclosure on Saham. While these offshore ventures are performing in-line with management expectations, timelines as to when they can generate positive underwriting results becomes a key point,” said Cassim.

At group level, Santam reported gross written premium growth of 14% and a 20.4% return on capital. Headline earnings per share fell 6% to R5.93, largely due to the catastrophic events. Its profit after tax rose 6% to R808 million. It hiked its dividend by 8% to R3.36 per share.