Mantashe said Mugabe has a nerve criticising the ANC when 2 million Zimbabweans have fled to South Africa. 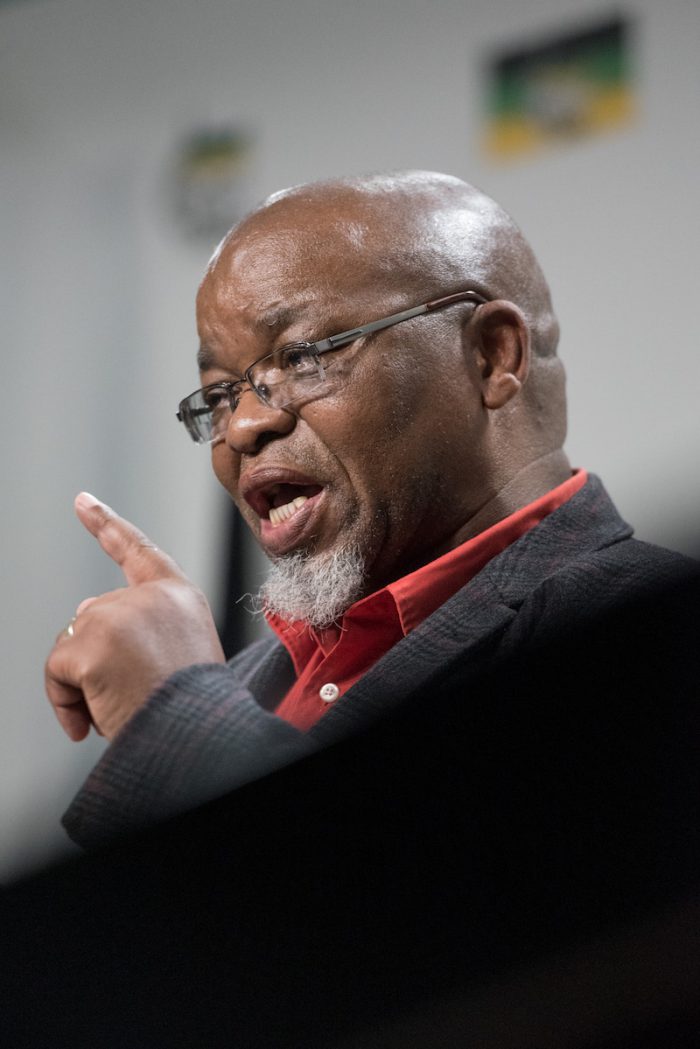 “We know that the ANC is in trouble because everybody is rude and highly critical of us. We acknowledge that. But now we have a problem because this man across Limpopo is now on our case,” said Mantashe (roughly paraphrased).

Speaking in a mixture of English and isiXhosa, ANC secretary-general Gwede Mantashe has responded to Zimbabwean President Robert Mugabe for his series of scathing verbal attacks on both the ANC as well as Nelson Mandela.

After Mugabe told his Zanu-PF party supporters on two occasions that Nelson Mandela only negotiated for his freedom from jail and not for the economic emancipation of the majority black people, Mantashe wrote to his Zanu-PF counterpart registering the ANC’s indignation with Mugabe’s comments.

After the complaint was lodged, Mugabe escalated the tiff by describing Mantashe’s comments on the matter as “stupid”.

“I made these remarks in regards to South Africa and Gwede stupidly reacted. Yes, they only fought to remove apartheid, not for freedom and independence as we were doing,” Mugabe said.

Delivering the OR Tambo memorial lecture in Kwa-Thema in Ekurhuleni on Friday, Mantashe said Mugabe must leave the ANC alone and fix Zimbabwean problems.

“Zimbabwe should be very grateful to us…the media has reported there are 2 million Zimbabwean citizens in the country,” Mantashe said.

“The crisis in Zimbabwe is not something we have to research, we meet the crisis in the streets of Joburg. It is easy for him to insult me. But he can’t spit on Mandela’s grave. He can insult me, it’s okay. Even ANC members insult me through SMS and WhatsApp, what is different,” he said to loud cheers from party supporters.

Mantashe and Ramaphosa differ on the just transition from coal
3 weeks ago
3 weeks ago
PREMIUM!

Mantashe and Ramaphosa differ on the just transition from coal
3 weeks ago
3 weeks ago
PREMIUM!