Though Dlamini-Zuma says she will not spend time defending herself against her past, she also slammed those those who link her to Zuma, saying they also have past relationships. 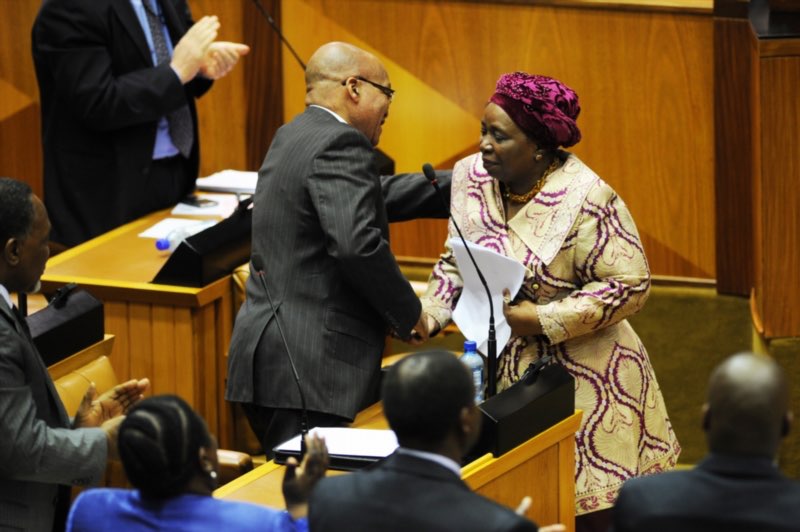 Former African Union chairperson and African National Congress presidential hopeful Nkosazana Dlamini-Zuma has opened up about constantly being linked to President Jacob Zuma, saying it does not bother her.

In an interview with Radio 768 on Monday Dlamini-Zuma said though she was married to Zuma and had been divorced from him for over 20 years, she did not think that history mattered as she was an activist in her own right.

The presidential hopeful’s campaign has been criticised by – among others – SACP, who said electing Dlamini-Zuma as ANC president would turn the ruling party into a “Zuma dynasty”. However, Dlamini-Zuma said she joined the struggle way before she married Zuma, and that is what people should focus on.

“Even when President Nelson Mandela appointed me as minister of health and he knew I was married to him, but he also knew that I was a cadre of an organisation in my own right. That’s why he appointed me. I did my job, nobody can say I couldn’t do my job.”

Though it doesn’t “bother” her, she said only seeing her as Zuma’s ex-wife was a “patriarchal sexist thing” done by those who had nothing to offer. It only showed her how sexist some people were, she added.

Dlamini-Zuma will, however, not waste her time defending her past from those people, who also have past relationships, though it’s not her focus to talk about it.

“They were married also, they have many relationships, in terms of, they had wives, they had husbands, but I don’t talk about that and I don’t want to be drawn into that.

This will, however, not slow her down from her campaign to be elected as the next ANC president, and probably South Africa’s next president

“I will not spend time defending myself around those issues. It’s a waste of time and it’s people who have nothing to offer who are talking like that,” she said.

Mantashe is wrong on Dlamini-Zuma and Ramaphosa choices – Mpofu