The city says the project coincided with the opening of the Black Royal Mine in Bronkhorstspruit, where scores of vacancies were open to youth in the area. 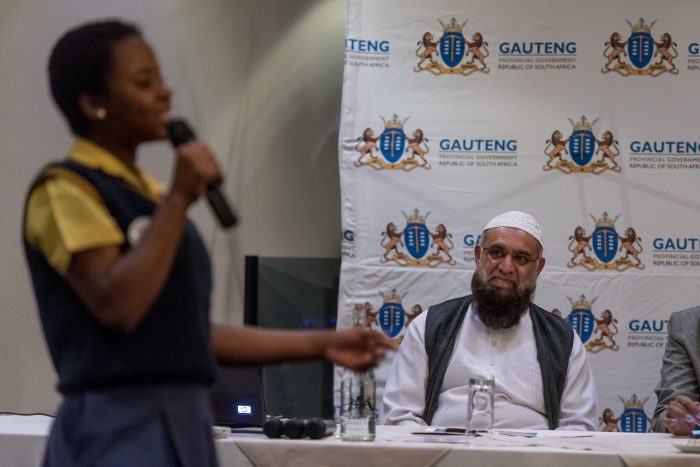 Gauteng MEC for Roads and Transport Dr Ismail Vadi listens to a poetry reading by Grade 7 pupil Ms. Tinyiso Baloyi at the Transport Career Day for High School learners at the Manhattan Hotel in Tshwane on 9 October 2017. The initiative was aimed at demonstrating the Department of Transport's commitment to devevloping the youth within the transport sector. Picture: Yeshiel Panchia

Young job seekers in Tshwane filled three buses to capacity yesterday when the city launched a free bus ride project to transport unemployed youth from townships to town to look for work.

The week-long pilot project, which kicked off in Bronkhorstspruit yesterday, was to provide three buses to ferry job seekers to access opportunities easier before dropping them back home in the afternoon.

Tshwane MMC for roads and transport Sheila Lynn Senkubuge said the project, launched during transport month, coincided with the planned opening of the Black Royal Mine in Bronkhorstspruit, where scores of vacancies were open to youth in the area.

Senkubuge said the project was part of the Democratic Alliance’s election manifesto, in which the party committed to providing transport to unemployed youth, an initiative she said took time to orchestrate and process.

“There is a new mine that has opened in region seven and it needs youth to apply for jobs. A number of young people in the area don’t have the means to get to the mine to submit CVs and go for interviews. We decided this is the perfect time to roll out the pilot project until Thursday, as the mine is considering youth for different positions,” she told The Citizen yesterday.

Unemployed graduates and matriculants were transported from three different wards in Tshwane. The first bus departed at 8am, while many others queued for the second load at 10am, which returned them to the pick-up point at 2pm.

“Aft er this week, we will look at the data and analyse it to see where we can improve and, in time, we will roll this out in the entire city. This is part of the city’s contribution to creating an enabling environment for economic growth,” said Senkubuge.

Meanwhile, female high school pupils from Mamelodi were exposed to various fi elds of study in the transport sector when the Senkugube and Gauteng transport departments hosted a transport career day in Pretoria yesterday.

Three pupils from 11 diff erent schools were selected. The girls received advice from women in the industry, including Sekungube and Gauteng transport MEC Ismail Vadi.

“Many of our people, particularly from townships, don’t know of opportunities in the transport sector. We have lots of openings,” Vadi said to the pupils. – rorisangk@citizen.co.za