Sisulu says her campaign's focus on free higher education is based on a funding model developed by a ministerial task team. 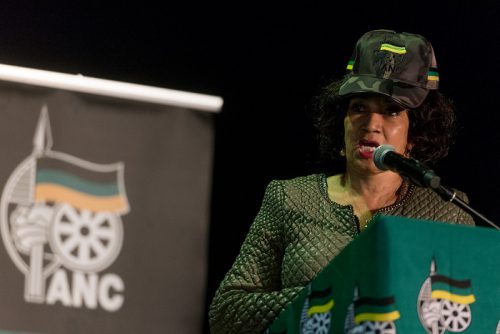 ANC presidential candidate Lindiwe Sisulu says free and inclusive higher education is possible in South Africa, but only through a public-private partnership initiative that does not only rely on government funds to assist students from poor backgrounds.

Delivering the OR Tambo lecture at the University of Johannesburg on Tuesday night, Sisulu said her campaign manifesto on free education was based on a blueprint developed by a ministerial task team (MTT) headed by National Student Financial Aid Scheme (Nsfas) chairperson Sizwe Nxasana to fund poor and the so-called missing-middle students.

She said her campaign focus on education was based on inclusive education, and the funding model by the MTT “falls very squarely within our own manifesto as LS17 [Lindiwe Sisulu 2017]”.

“Looking at the population in universities currently, we would be looking at an estimated 500 000 poor and missing-middle students to be funded,” Sisulu said.

“Under this regime free education is possible since it doesn’t rely on government resources. There are some salient issues around loans and how these can be debated or rebated to zero for poor students who perform.

“There must also be a strong focus on providing academic, emotional, and psychological support to assist students holistically to make sure that they succeed … We believe that free education is enough and there must be full support to make sure of your success and this is what we promised you,” she added.

Ramaphosa can turn the SA ship around – Gordhan