MiWay received more than 1 000 vehicle claims amounting to an estimated R17 million following the catastrophic weather events that ravaged parts of the country two weeks ago. 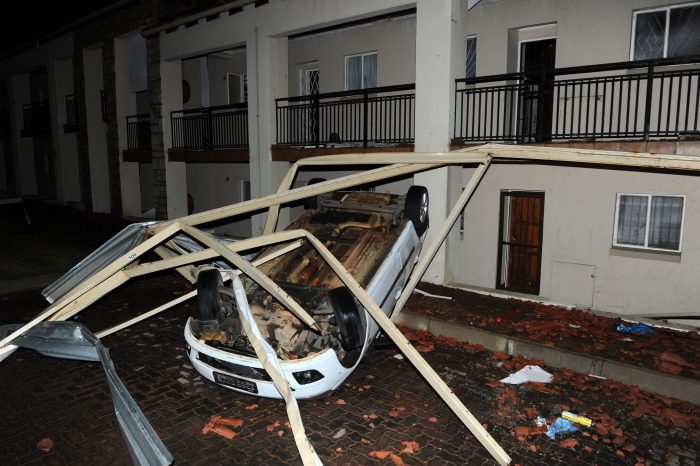 As parts of Gauteng, KwaZulu-Natal and Mpumalanga pick up the pieces following extreme weather events, the insurance industry, facing a spate of claims, is likely to pay out more than R1 billion in motor vehicle damages alone.

“The estimate by re-insurers is that the total damage is between R1 billion and R1.5 billion for the industry,” Francois Theron, chief operating officer of Discovery Insure, said.

Although the firm would not disclose the extent or estimated costs associated with the damage, its data showed that the storm damage in Johannesburg was “much larger” than in KwaZulu-Natal.

Santam, the country’s largest general insurer, is processing more than 4 000 claims related to flooding in Durban and hailstorms in parts of Gauteng, as well as more than 1 000 vehicle claims as a result of hail.

“In both Durban and Gauteng, the majority of the claims are for non-motor items such as damages to homes and the contents of homes and businesses. In Gauteng, our non-motor claims include a few large agriculture and commercial entities that were affected by the tornado and hail storm,” explained Ebrahim Asmal, Santam’s executive head of claims and group sourcing.

The group has deployed claims teams to assist affected communities and to prevent further damage. MiWay, a Santam subsidiary, received more than 1 000 motor vehicle claims amounting to an estimated R17 million following the catastrophic weather events that ravaged parts of the country two weeks ago.

Old Mutual Insure, which also declined to provide numbers or estimated costs on the claims received, said the industry is experiencing a rising trend in claims due to inclement weather and that the value of claims is set to increase as the country moves into the rain and hail season.

It told Moneyweb that it has pledged R500 000 to assist flood victims and has extended office hours to 7pm for claims notifications.

Hannes Smith, head of personal lines sales and operations at Old Mutual Insure, warned against being “lulled into a false sense of security” by thinking that the storm season is over and urged South Africans to prepare for the next potential storms by doing proper maintenance, fixing damages and liaising with brokers to ensure adequate cover.

“Houses and cars are replaceable. Your life and the lives of your family are irreplaceable. Therefore, we urge all people to put their safety first, let insurers like ourselves worry about replacing your damaged assets,” he added.

The damages to individuals and families can often be devastating, but are not likely to have a major effect on individual insurance companies nor on returns for their shareholders.

Adrian Cloete, a portfolio manager at PSG Wealth, explained that insurers are typically liable for damage related costs up to a certain amount, at which point their own catastrophe cover policies come into effect.

He cited Santam’s experience of the severe storm and devastating fires that battered Cape Town and razed parts of the Southern Cape in June, which is expected to amount to around R3 billion in insurance related damage, as an example.

In reporting financial results for the six months ended June 30, 2017, Santam said it had processed R800 million in claims, of which R500 million was paid out – but the net impact on the group was only R234 million.

Should its reinsurers classify the storms and fires as one event rather than two, it could claim around R70 million more from its reinsurers, Santam chief executive Lizé Lambrechts said in September. – news@citizen.co.za