High court hears Poppie had injuries from her head to the soles of her feet. 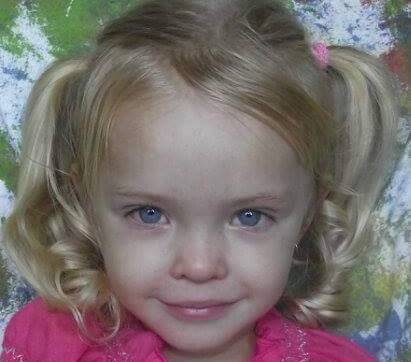 The murder trial of three-year-old Poppie van der Merwe’s mother and stepfather is set to start in the High Court in Pretoria today amid huge public interest.

The blue-eyed blonde little girl was rushed to hospital on October 25 last year after her stepfather, Kobus Koekemoer, 44, allegedly severely assaulted her. She was declared dead on arrival. Her stepfather was arrested at the hospital.

Her mother, Louisa, 46, who gave her version of events to Huisgenoot, was arrested in December. The couple will face charges of murder and assault with the intent to cause grievous bodily harm or, alternatively, child abuse.

They married in November 2015, and initially stayed in Orania, but moved to Brits shortly before Poppie’s death.

The state alleges the couple had, between September 2015 and October 2015, abused Poppie and her five-year-old half-brother by shouting at, hitting and kicking them, pulling and twisting their ears, dousing them with icy water in winter and throwing them against solid objects.

The children allegedly regularly suffered injuries, had bruises and exhibited improper emotional behaviour. Social workers started monitoring and assessing the children’s surroundings and considered removing the children, but the couple fled and moved to Brits early in October 2016.

According to the charge sheet, Poppie’s body was riddled with bruises and marks and she had died of head injuries as a result of assault with a blunt instrument.

The state alleges Kobus and Louisa were both participants in the assaults on the children, encouraging each other.

Both are in custody after being refused bail. The investigating officer, Sergeant Gift Matome, testified during the mother’s bail hearing in the Brits Magistrates’ court that Poppie had injuries from her head to the soles of her feet.

Louisa insisted during the hearing that she had never lifted a hand to her children and her husband, Kobus, was the one who assaulted the children. She said she did not interfere because he had threatened to kill her, her mother and the children.

Noodle deaths: No, foreign nationals aren't to blame – SAHRC
3 hours ago
3 hours ago

Noodle deaths: No, foreign nationals aren't to blame – SAHRC
3 hours ago
3 hours ago