The chairperson of the standing committee on finance believes the release of the report that cleared Makwakwa was in the public interest.

Chairperson of the standing committee on finance Yunus Carrim has told The Citizen parliament has taken steps to acquire the Makwakwa report from the South African Revenue Services (Sars).

A week ago, Sars announced its second-in-command, Jonas Makwakwa, would return to his position after he was suspended in September 2016 after the Financial Intelligence Centre (FIC) submitted a report to Sars containing some serious allegations against Makwakwa.

“Sars wishes to announce that after approximately a year in suspension, Chief Officer: Business & Individual Tax (BAIT), Mr Jonas Makwakwa, will return to the organisation with effect from 1 November 2017,” the statement said.

The statement said Sars commissioner Tom Moyane reversed his decision taken almost a year ago to suspended him with full pay and benefits after obtaining a legal opinion on the matter and that “renowned international firm Hogan Lovells” investigated the matter to “ensure transparency, independence and integrity of the process”.

“This concludes the disciplinary action against Mr Makwakwa. As a result, Sars will immediately implement the outcome of the hearing as is. He will return to Sars to resume his position as CO: BAIT with effect from 1 November 2017.”

Sars spokesperson Sandile Memela last week told The Citizen the matter was between Makwakwa and the employer, and that it would not be ventilated in public or discussed with parliament.

“Following advice from Parliament’s Legal Services unit, we have written to the Commissioner and the Minister to request the report. Should the Commissioner refuse to give the [standing] Committee [on finance] the Report, Sars will have to provide a legal justification for this and engage with Parliament’s lawyers about this.

“We have no evidence that Mr Makwakwa and Ms Elskie are guilty of the allegations against them, but we believe that it is in the public interest that the report be released. Given the role Sars plays, it not only has to be, but be seen to be, above reproach, and perceptions of irregularities by its officials, especially very senior officials, have to be effectively addressed,” Carrim continued. 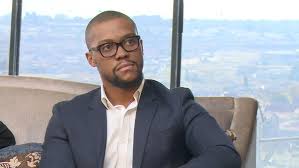 Carrim also informed The Citizen Sars would appear before the committee on November 28 to present its delayed annual report. He said as the committee had not discussed State Security Agency’s (SSA) court action against the publishers of The President’s Keepers, he didn’t have the “mandate to comment”.

Approached for comment, National Treasury spokesperson Mayihlome Tshwete wrote to The Citizen: “We have asked Sars to supply it to us too.”