Judge Mlambo has shot down Zuma's grounds on which to review all the remedial action contained in Madonsela’s report. 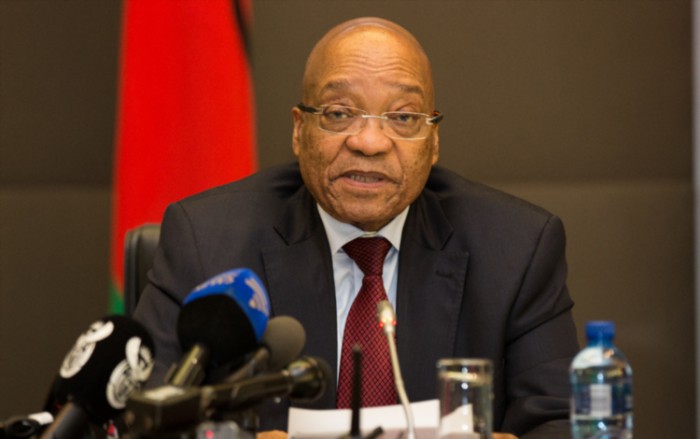 President Jacob Zuma was today not only saddled with personally paying legal costs amounting to millions of rands, but was given 30 days to appoint a commission of inquiry into state capture, headed by a judge selected by the chief justice.

There was loud applause in the packed courtroom when Gauteng judge president Dunstan Mlambo read out two unanimous judgments that lashed the president as ill-advised and reckless in launching a series of applications initially aimed at stopping the release of the state capture report and thereafter overturning the remedial action.

Judge Mlambo shot down all of the president’s grounds of review against the remedial action, saying the president was aware that since allegations of state capture initially surfaced and after Madonsela’s report was published, the matter remained in the public domain and required decisive action and resolution.

His court challenge resulted in further delaying the resolution of state capture allegations.

“… The public protector’s report has uncovered worrying levels of malfeasance and corruption in the form of utter disregard of good corporate governance principles, some bordering on fraud, in government departments and state-owned enterprises. This invariably involves large amounts of taxpayer funds and state resources.

“The ‘insidious destruction’ mentioned by the Supreme Court of Appeal … is a real prospect if this is not addressed decisively.

“In our view, the president had no justifiable basis to simply ignore the impact of this corruption on the South African public. His conduct also falls far short of the expectation on him as head of state to support institutions of democracy such as the public protector.

“The remedial action of the public protector presented him with an opportunity to confront and address the problem.

“Our view is that the president had no justifiable basis to launch the review application in the circumstances. In doing so, he was reckless and acted unreasonable. Our view is that this is a proper case where a personal costs order is justified and should be granted,” judge Mlambo said.

The court dismissed the president’s application and ordered him to pay the costs personally on a punitive scale.

They declared that the public protector’s state capture report was binding and directed the president to appoint a commission of inquiry into allegations of state capture within 30 days, headed by a judge solely selected by chief justice Mogoeng Mogoeng.

The president was ordered to take all steps, to do all things and sign all documents necessary to give effect to the remedial action and to ensure that the judge who was to head the commission was given the power to appoint his or her own staff and to investigate all issues using the state capture report as a starting point.

He was also ordered to give the commission powers of evidence collection that are no less than that of the public protector and to ensure the inquiry was adequately resourced by National Treasury.

The court ruled that the commission had to complete its task and present its report with findings and recommendations to the President within 180 days and that the president must give an indication of his intention regarding the implementation to parliament within 14 days of the release of the report.