They are free to pursue any remedy they want ... ours is to govern, says mayor. 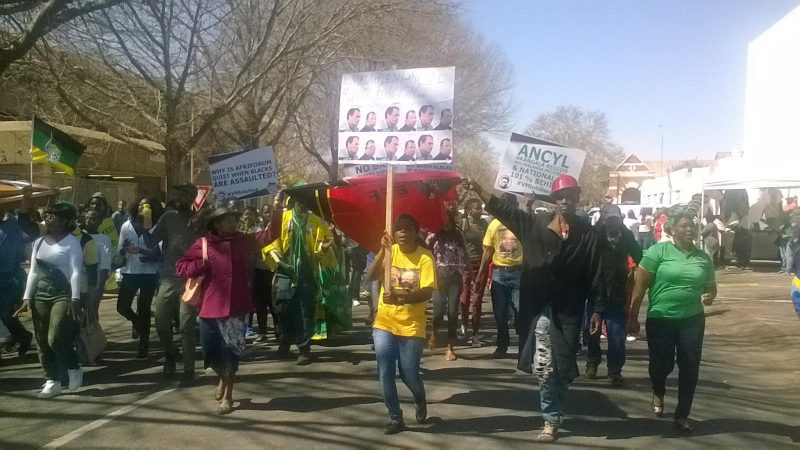 A crowd of people including ANC, DA and EFF members sing and dance together outside the Middelburg Magistrate's Court in Mpumalanga on Friday, in support of coffin assault victim Victor Mlotshwa. Picture: ANA Reporter

The DA/EFF-led Tshwane administration will have to answer to the public protector if the ANC region goes ahead with its plan to report it for financial mismanagement.

Former mayor and Tshwane ANC regional chairperson Kgosientso Ramokgopa said yesterday the past 16 months of the new administration only showed a “systematic mismanagement” of finances and insufficient revenue collection.

“A municipality is responsible for over 90% of collecting money that’s needed. We [ANC administration] were collecting over 100%. When we left, the debtors book was at R5.9 billion and now it’s close to R10 billion, in 16 months. You cannot blame the previous administration.” Ramokgopa said the DA government had only spent less than 10% of government grants and subsidies by “disinvesting in townships” and discontinuing infrastructure projects.

“Projects to alleviate poverty have been scaled down, like Vat Alles. Suddenly, they are raving about employing 23 000 people for the Expanded Public Works Programme. In the 2010-11 financial year, on average, we had employed over 65 000 in that period. In the previous financial year, it went down to 35 000,” said Ramokgopa, adding that the figures were audited.

He slammed the coalition government for “unlawfully” charging a R127 waste collection levy, claiming the new tariff did not go through legal processes and that it wasn’t approved by council.

“This is demonstration of high levels of incompetence and administration that is unthinking. There is inability to manage finance … We intend to report financial mismanagement found to the public protector and take court action against the DA/EFFled coalition,” said Ramokgopa.

But Tshwane MMC for finance Mare-Lise Fourie said, according to the Local Government: Municipal Systems Act, provisions allow the city to adopt and implement a tariff policy on the levying of fees for services provided by it.

She said council had approved this levy on May 25. “It should be noted that this is not a new levy introduced during the 2017-18 budget process.

The separate tariff for city cleansing was first approved in accordance with a council resolution dated June 20, 2000 and became effective August 1, 2000 and remains applicable to date.”

Mayoral spokesperson Sam Mgobozi said: “The ANC is free to pursue any remedy they want, using any avenue they deem fit. Ours is to govern for the people of Tshwane, including them.”