This is what women mean by #MenAreTrash. 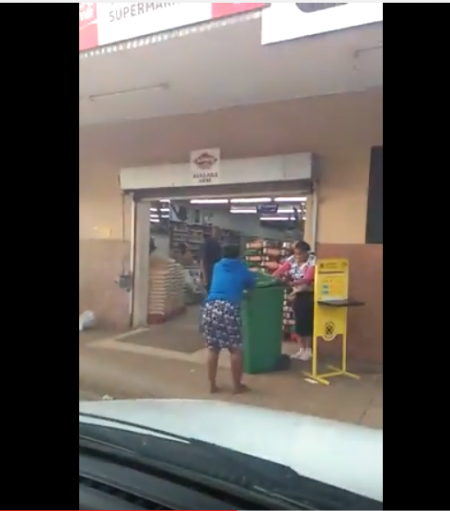 Two Brave Pretoria women carried a man and threw him in the dustbin after the strange man requested sex and tried touching them.

The incident happened recently in front of Luis Supermarket on Lanham Street, in the east of Pretoria.

The women, whose names are not known, took offence, and when the man realised they were going to beat him, he started running away.

The one woman chased after him for several minutes before she caught up with him.

While she was chasing after the man, her friend stood watching over their handbags and other property.

After the women caught up with the man, she picked him up and carried him all the way back to the front of the shop.

Her friend grabbed a dustbin that was standing outside the shop and ran towards her friend and the suspect.

The women grabbed him by his arms and feet, and threw him in the dustbin.

They gave him little slaps on the head, and told him to never try “that shit” again.

They said they were teaching him a lesson to never again behave so badly towards women.

“We are tired of men like you,” they told him after they gathered their things and started walking away.

He struggled to get himself out of the dustbin, and left in the other direction.