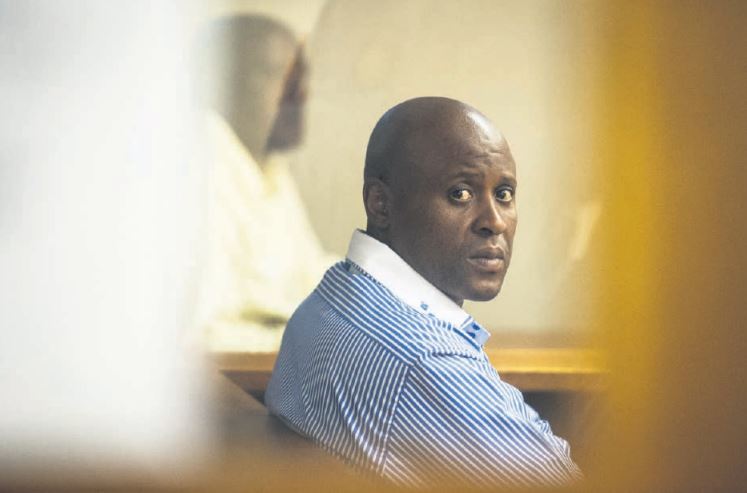 It is unclear how a police crime intelligence captain, who now faces charges of fraud and theft, remained employed by the SA Police Service (Saps) while serving a prison sentence for armed robbery.

Morris Tshabalala, also known as “Captain KGB”, appeared before the Pretoria Specialised Commercial Crimes Court yesterday on five counts of corruption, fraud and theft. According to the state, Tshabalala allegedly submitted fraudulent invoices for installations of blinds, in order to claim hundreds of thousands of rands from the crime intelligence secret service account in 2013.

Tshabalala was initially convicted and sentenced to 10 years in prison in 1995 for armed robbery. “His appeal wasn’t successful but he didn’t hand himself over,” state prosecutor Chris Smith told the court.

It was only in 2013, after his fraud and corruption was exposed, that Tshabalala was sent to prison for the armed robbery case. He served just two years and was released on parole in 2015. Tshabalala was re-arrested on Tuesday by Independent Police Investigative Directorate (Ipid) officials, while he was reporting to parole officers at the department of correctional services, on charges of fraud, theft and corruption. At the time of his arrest, he was driving a vehicle owned by crime intelligence, Smith added.

According to Ipid spokesperson Moses Dlamini, records showed that Tshabalala was still in the employment of Saps during his time in jail.

“According to his employment records, he joined Saps in 2002 and resigned in September 2016. In November 2016, he was re-employed as an agent in the crime intelligence division and got the same salary and benefits as before he resigned. Nothing in his records says he was dismissed at Saps,” he told The Citizen.

Smith asked to postpone the bail application to today, to refer to any pending cases against the accused, as Tshabalala was also allegedly involved in a cash-intransit heist of R2 million at OR Tambo International Airport. His employment with Saps still needed to be confirmed as the docket stated he was unemployed.

Case against PE woman charged with fraud of over R500k postponed