City claims man ignored SMS to report for training, but court accepted that he never received it.

An unemployed Soshanguve man is so desperate to get training and a job that he obtained a court order forcing the City of Tshwane’s economic development department to take him on as a trainee.

However, Oupa Magoro is still waiting for the city to furnish him and the court with particulars of its available training programmes.

Judge Dennis Davis last month granted an order to Magoro in the High Court in Pretoria declaring that the notice in 2013 that he received from the city, accepting him as a candidate for training in the city’s Tshepo 10 000 programme, was valid and binding on the city.

The judge ordered the city and the department’s regional executive director to allow Magoro to undergo training for 12 months.

In case that particular programme no longer existed, the court gave the city time to supply details of its available comparable training programmes for which Magoro would qualify.

If they were not prepared to enrol him, they had to give reasons.

This week the court gave the city until February 14 to come up with a plan to comply with the court order.

Magoro, who previously worked for the Tshwane Metro Police Department as a volunteer, was delighted when his local ward councillor in Soshanguve informed him of the city’s training and employment programme in 2013.

He applied, completed all the forms and then received a text message informing him that his application had been successful.

This was followed by a letter saying he had been accepted and that he would be called.

When he didn’t receive a call, Magoro went to the regional office on several occasions, but he got a rude reception.

He was told to stop bothering them and that they would call him. He told the court it hurt him to see other people who had applied with him doing training and getting employment while he was still jobless.

The city opposed Magoro’s application, claiming he had ignored a text message to report for training. But the court accepted his statement that he had never received such a message. 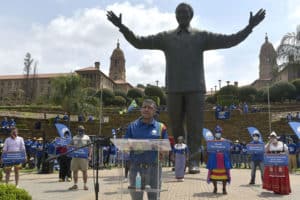 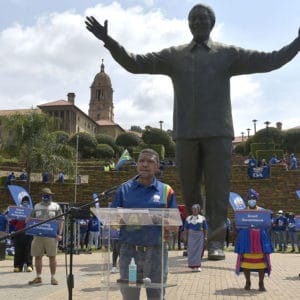