Yet another Grammy award for group for Shaka Zulu revisited: 30th Anniversary Collection. 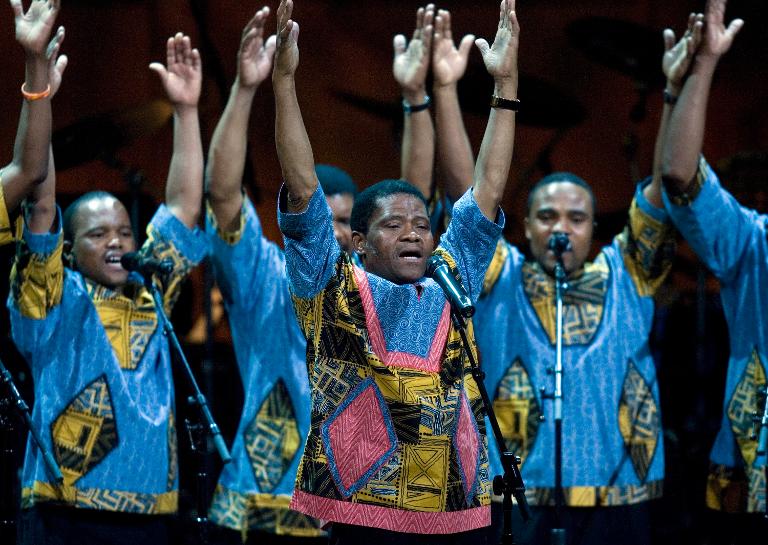 Joseph Shabalala (centre) performs with Ladysmith Black Mambazo during the Library Of Congress Gershwin Prize For Popular Song Gala at the Warner Theater in Washington, DC on May 23, 2007

The 60th Grammy Awards took place on Sunday at Madison Square Garden in New York. Group member Msizi Shabalala collected the award while the rest of the group, who are currently on their annual United States tour, were on stage performing.

In his acceptance speech, Shabalala thanked the academy and the continent for more than 57 years of support, the people of South Africa and the founder of the group, Joseph Shabalala.

In reaction to the win, the group sent out a backstage video filmed at their concert in Berkeley, California, on social media, belting out one of their hits, Hello my Baby, to thank all for their support.

“Hello everybody. We are very happy to win our fifth Grammy award this year, thank you very much for your support. Thank you, for supporting South Africa and Ladysmith Black Mambazo.”

Joseph Shabalala’s reaction to the win was joyous. “I am ecstatic about the Grammy as it’s our first award with me as a retiree. It warms my heart that the investment I put into the group continuous to flourish,” he said.

Black Mambazo manager Xolani Majozi told The Citizen the group was honoured to receive the award.

“It’s for the continent, the people of Africa. It is a big win for everybody who supports this genre. “Our unique sound is well received globally. This shows that our indigenous music has made a mark; you can even hear the influences in local musicals that are doing international tours and movies. We have really developed musically,” he said.

The Shaka Zulu Revisited album is a tribute to Shabalala and other members of the original group who have either retired or passed away.

Joseph Shabalala founded the group in the 1960s, which comprised relatives, a theme which has been maintained. The replacement members are usually younger members of the family.

The name Ladysmith Black Mambazo is from his hometown in KwaZulu-Natal where he grew up as a farm boy.

He added “Black” to the name as a description to the strong oxen he would see daily on the farm.

In 1973, they released their first album, Amabutho, which went gold.